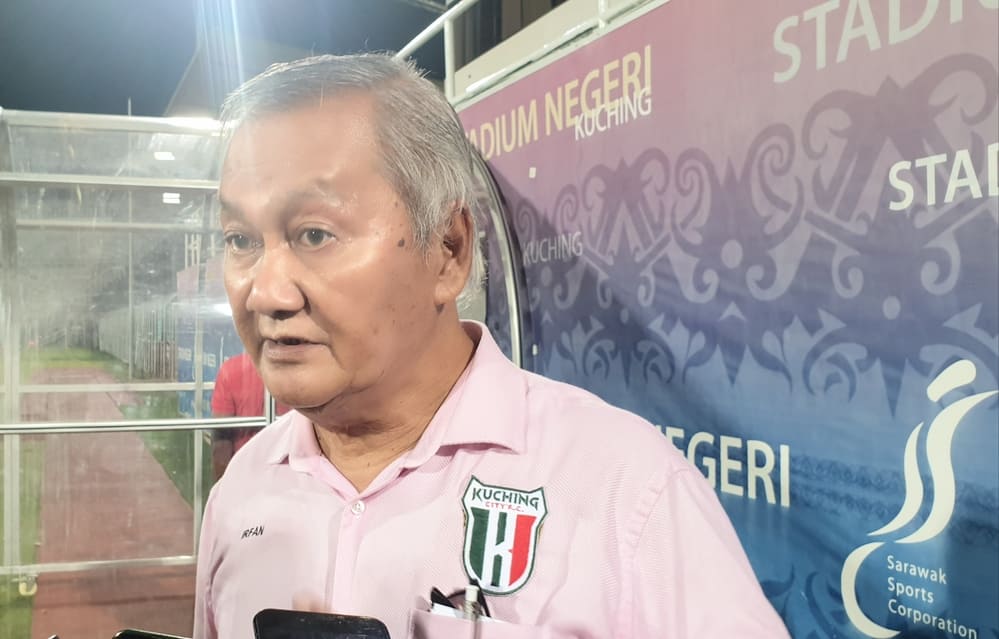 No room for complacency

KUCHING: Kuching City FC head coach Irfan Bakti Abu Salim called on his players to focus for the round of 16 second leg tie of the Malaysia Cup 2022 next week.

Irfan advised his players not to be complacent as there are still another 90 minutes to play after the 2-2 draw against Penang on Wednesday night.

“My advice to my players is ‘no complacency’. Another 90 minutes to go in Kuching next week in our own stadium and I hope our fans will turn up for the game to give their moral support to the team,” he told New Sarawak Tribune.

He added that he was happy with the result and the performances of his players in the first leg.

“First and foremost, I am happy with the result and the performances of my players but we could have won the game if our players converted the chances that we had,” he said.

When asked whether he would specifically draw up a plan to nullify Penang’s Brazilian target man Lucas Silva, he said no despite the player being a constant menace throughout the first leg.

Target man is a football term for one of the roles a striker is assigned to on the field that his teammates play long passes to, usually to hold up the ball to bring his teammates into play.

“Well, I do not want to specifically put a defender to man-mark him for the entire match. What I want is to have the nearest defender to contain him (in a zonal marking system).

“He is not the only threat for them, the other player who is as much of a threat is their number 14 (Penang FC’s Brazilian playmaker Endrick),” he concluded.