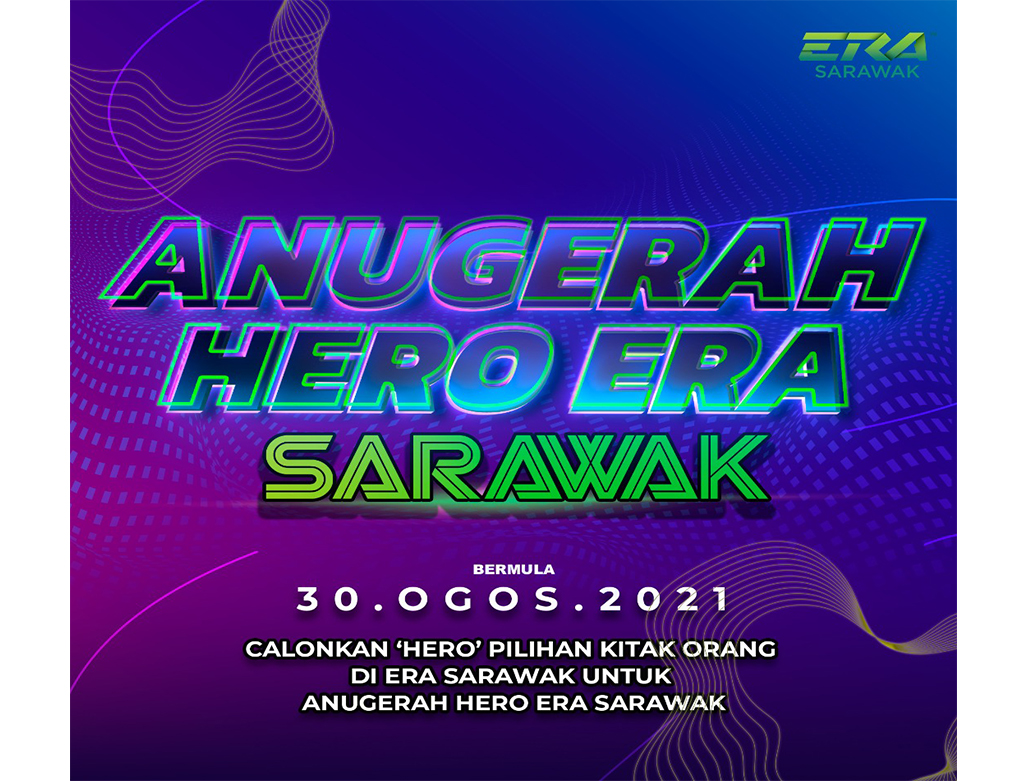 KUCHING: ERA Sarawak is calling on the public to nominate their favourite heroes with ERA Sarawak. Those selected later will be awarded the ‘ERA Sarawak Hero Award’.

The award is to recognise and appreciate Sarawakians who have worked hard to support those afflicted during this pandemic.

In recognising deserving individuals who have sacrificed in terms of time, energy and various types of assistance, ERA Sarawak, through its statement on Monday (Aug 30), invited the public to begin selecting their favourite heroes with ERA Sarawak.

“Nominations will run from August 30 to September 13, which will be made on ERA Sarawak’s social media platforms, Facebook and Instagram.

“ERA Sarawak fans can nominate deserving individuals based on the efforts and sacrifices. Nominations must include the nominees’ name, phone numbers and information on their contributions or sacrifices,” it added.

It went on to say that the ‘ERA Sarawak Hero Award’ is organised as a part of the Malaysia Day celebration.

“The award recipients will be unveiled on September 16, the same day as Malaysia Day, with the purpose of honouring these heroes.

“The shortlisted candidates will be interviewed by ERA Sarawak on air and will receive an ERA Sarawak special plaque,” it said.

For further information on the award, public may visit ERA Sarawak through its official website and social media platforms as well as the SYOK mobile app.