KUCHING: A dog captured in Reservoir Park here has been confirmed to be infected with rabies following positive lab results.

He pointed out that seven individuals, including a five-year-old boy, were bitten by stray dogs at the recreational area earlier this week.

Uggah said another trapped dog was set free by someone without the authorities’ knowledge during an operation to capture the strays at the park on Wednesday.

Following reports of
several people bitten while they were jogging at the park, the authorities decided to cordon off the area in order to capture the strays.

“The strays are now becoming a serious threat. Therefore, the committee has proposed a special operation to remove stray dogs in public places.

“This was in view of the incident at the park here. This is shocking as our previous anti-rabies operation had included the place.

“Obviously the stray dogs are still there. As such, the State Disaster Management Committee made this proposal in addition to the current fifth phase operation to be carried out in Sri Aman, Lubok Antu and Betong Districts from July 31 to Aug 3 soon.

“I would like the police to identify more such public places not only in Kuching but other big towns to be included in the operation,” he said here yesterday when chairing a meeting to coordinate the fifth phase operation. 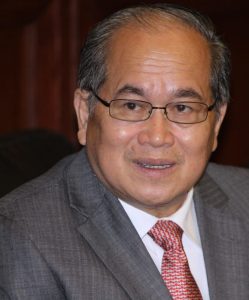 He added that 300 cases of dog bites have been recorded statewide each week, while urging members of the public to assist by providing the necessary information.

Uggah, who is also the committee chairman, called on the police, Veterinary Services Department (DVS) and local councils to look into the by-laws to see if any action could be taken against those found to be feeding strays in such places.

“We are not against such noble deed but with the current outbreak, we should stop feeding them otherwise the operation will be compromised,” he said.

“The captured dogs have been sent to the department to be tested whether they are rabies carrier.”

When asked if the park was still closed, Abdul Wahap said, “It is partially closed as the traps set up there are out of bound to the public.”

He advised members of the public to take extra precaution when carrying out their recreational activities at the park.

“Better safe than sorry. It is advisable to avoid the park for the time being and carry out their activities at alternative
venues such as waterfront or other areas.”

e-football on board Bus Asia

Embankments as protection against tidal bore

Mahathir cautions over choosing of leaders