Phase one of National Recovery Plan to be extended 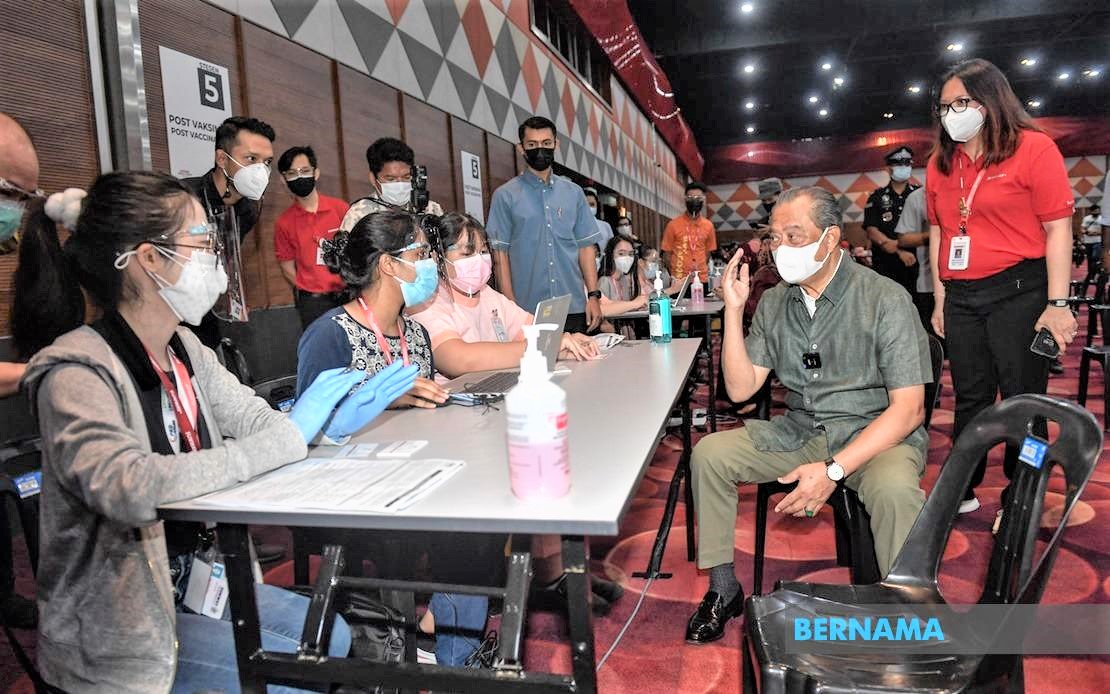 PETALING JAYA: Phase One of movement control under the National Recovery Plan (PPN), which is scheduled to end tomorrow, will be extended, said Prime Minister Tan Sri Muhyiddin Yassin.

He said phase one has to be extended as the number of Covid-19 cases in the country has not dipped below the threshold value of 4,000 required to move to the next phase.

“Now they say the movement control order (MCO) is about to end. I want to say that from now on we don’t call it MCO, but we say we are in a particular phase and now we are in phase one (of PPN) until July, maybe middle of the month or so.

“I want to say we are still in the first phase of PPN, and this will continue until the threshold value of below 4,000 cases is reached, cases in the intensive care unit have dropped from the critical level and vaccinations have increased,” he told reporters after visiting the vaccination centre at the Sunway Pyramid Convention here today.

Muhyiddin added that phase one was to test the country’s resilience so that it could go through all the PPN phases smoothly.

On June 15, Muhyiddin announced the PPN, which has four phases that will transition in stages.

To enable the transition to phase two, the average daily cases of Covid-19 should drop below 4,000, the public health system should be out of critical stage including the rate of bed use in ICUs returning to moderate levels, and 10 per cent of the population should have received two doses of vaccine injections.

On the spread of Covid-19 infections in Selangor, Muhyiddin said the government was paying special attention to the state as the daily number of cases was above 2,000.

He said the enhanced movement control order (EMCO) imposed in any area in the state would be enforced more strictly.

“Why so? Because there are many cases in Selangor whether at work, in residential areas or communities. If you want to reduce the rate, attention should be paid to these areas (under EMCO).

“Maybe we will take another follow-up step so that overall case numbers across the country continue to go down, but what is important is the cooperation of all. The public needs to adhere to standard operating procedures,” he said. – Bernama