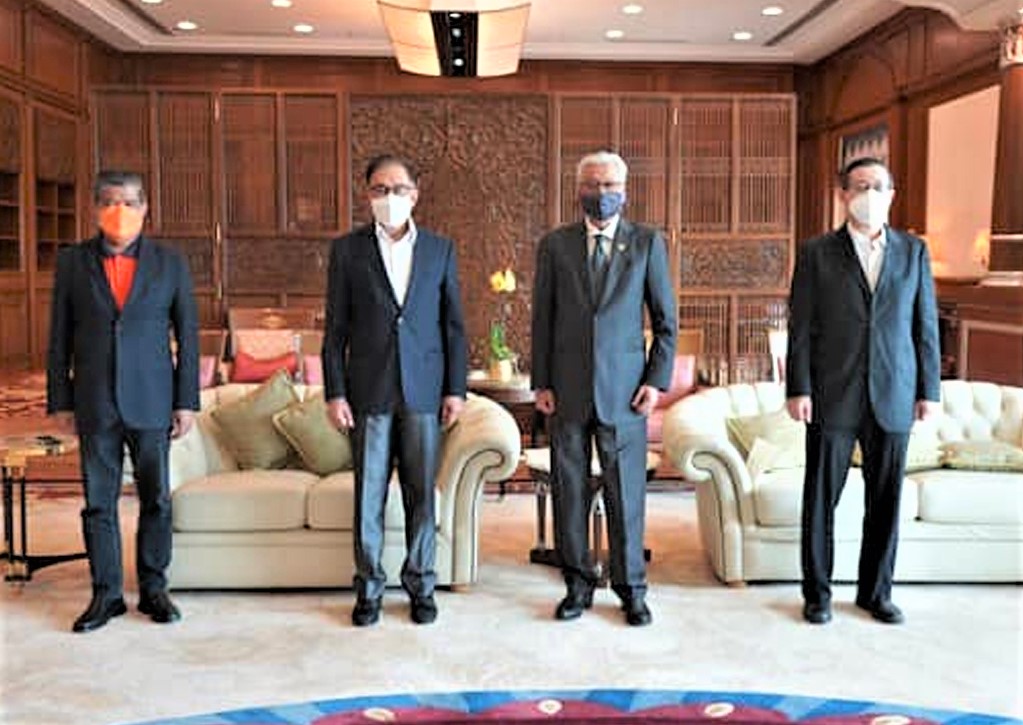 KUALA LUMPUR: Datuk Seri Ismail Sabri Yaakob said he reached agreement with three key leaders of opposition parties at a meeting today on the need to

Not for Dr M to choose
An Anwar government? No thanks
‘Anwar’s claim will benefit Warisan’

KUALA LUMPUR: Datuk Seri Ismail Sabri Yaakob said he reached agreement with three key leaders of opposition parties at a meeting today on the need to create a more conducive situation on various matters for the people and the country in the context of a Malaysian Family.

“There was also mutual agreement on strengthening the functions of the Malaysian Parliament as an institution which is responsible and constructive, serving as a check and balance for the executive to ensure greater transparency and to meet the people’s needs,” he said in a statement.

This kind of cooperation with the opposition had been voiced by Ismail Sabri in his maiden speech as the ninth prime minister on Sunday, when he invited opposition leaders to join the National Recovery Council and the Special Committee on Covid-19.

Ismail Sabri reiterated the matter during his first working visit to flood-hit areas in Yan, Kedah on Monday.

Ismail Sabri said the meeting, which lasted more than an hour, also focused on the people’s agenda to find the best common ground in efforts to combat the Covid-19 pandemic.

He said these included efforts to protect lives from the ravages of the pandemic and to free the people from the clutches of economic hardship caused by the loss of jobs and income.

Ismail Sabri said the meeting was held in response to the command of Yang di-Pertuan Agong Al-Sultan Abdullah Ri’ayatuddin Al-Mustafa Billah Shah for parties to reduce the political temperature in the country. – Bernama