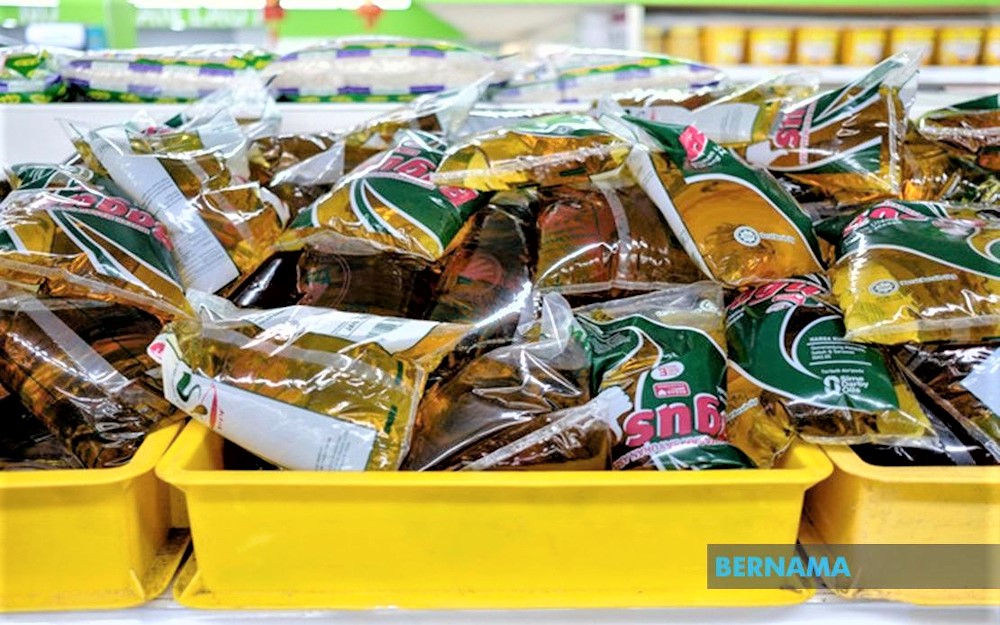 PUTRAJAYA: The quality of subsidised palm oil sold in polybags is the same as those sold in bottles, Domestic Trade and Consumer Affairs Minister Datuk Seri Alexander Nanta Linggi said.

He said the government, through the Domestic Trade and Consumer Affairs Ministry (KPDNHEP) and the Finance Ministry allocated RM600 million this year to implement the Cooking Oil Stabilisation Scheme (COSS) compared to RM528 million last year.

COSS is a subsidised cooking oil programme aimed at reducing the living costs of consumers and the mechanism is opened to all categories to obtain cooking oil at affordable prices.

The subsidy is provided to cooking oil packed in 1 kilogramme polybags and offered to consumers at RM2.50 a pack even though the price of crude palm oil (CPO) on the global market has increased.

“The government guarantees that the quality of palm oil sold in polybags is the same as that sold in bottles, in fact, some are manufactured by the same factory,” he said.

Recent media reports highlighted complaints by the public and traders about the increase in the price of five kg bottle cooking oil by as much as 15 per cent as the country undergoes a total lockdown.

Nanta said the cooking oil sold in 2 kg, 3 kg, and 5 kg plastic bottles and in 17 kg tins were not subsidised and the price is determined by the CPO price on the global market.

“This means the cost of crude palm oil before bottling has already exceeded RM22 for 5 kg.

“It does not include other costs such as processing, bottling, transportation and profit at all levels of manufacturing, wholesale, distribution and retail,” he added.

Nanta said his ministry was in discussions with several other ministries and related agencies to improve the price implementation mechanism for the subsidised and unsubsidised cooking oil markets to reduce the burden on consumers.

“The government will share the results of the discussion and the agreed mechanism,” he said.

He said the ministry’s enforcement units are always monitoring supply and prices of items sold daily and will not hesitate to take action under the Price Control and Anti-Profiteering Act 2011 if traders are proven to be hoarding items, including cooking oil.

“The ministry is also proactive in ensuring there will be no profiteering in the supply of subsidised cooking oil,” he said.

According to him, KPDNHEP will implement the power vested in the ministry including imposing price controls or ceiling prices if there were unreasonable sharp increases in the prices of certain items.

The Festive Season Maximum Price scheme is an example of the implementation of price control during every festive season where the ministry predicts an increase in demand and it would cause a corresponding rise in prices as what would normally happen in a free market economy, he added. – Bernama

Mahathir to meet with Agong on Thursday