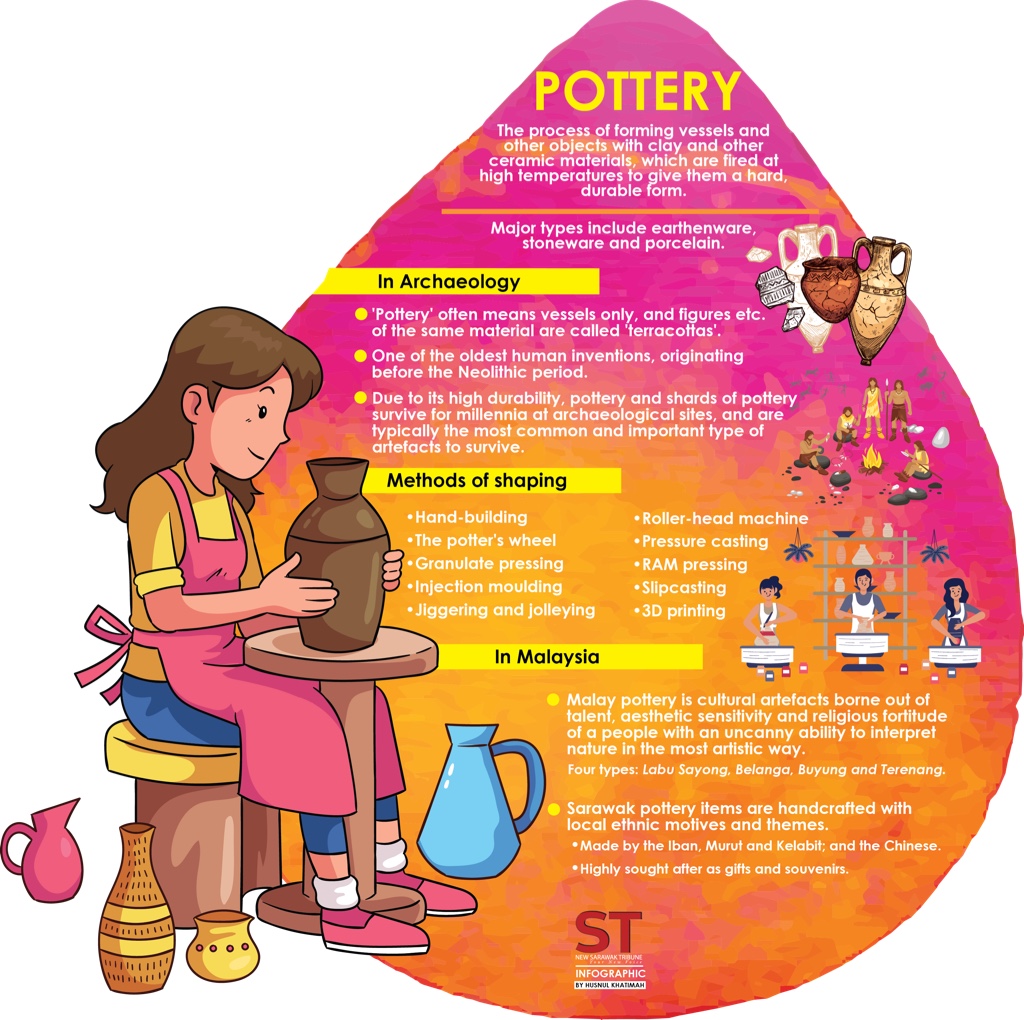 KUALA SELANGOR: Pottery-making is still a traditional enterprise but promises ample rewards for those who are ready to get their hands dirty.

Local pottery-maker Jeyam Brothers Enterprises is a family business that spans three generations and its owners not only work to make money but also to keep alive the art of pottery-making.

That is not all. A manager at the enterprise, Nagendran Nadarajah, said he is willing to hire local youths for the job and to pay them handsomely.

“The stumbling block is that local youths feel the job is not up to their standard and they do not want to get their hands dirty,” he told Bernama recently.

He said the youths think they can earn more elsewhere but do not realise they have to work longer hours to earn the same amount.

“Locals tend to work at a supermarket for more than 12 hours for a meagre RM2,000 salary but by making pottery, they can work for eight hours earning more than that,” he said.

Due to the indifference of the locals towards the industry, Nagendran said, employers have no choice but to hire foreign workers who are more than happy to make pottery.

According to Nagendran, Jeyam Brothers Enterprise makes a host of traditional pottery items catering for the needs of the Indian community, such as pots, oil lamps and vases.

“The demand for pottery items spike during festive periods like Ponggal, Tamil New Year, and Deepavali,” he said.

Nagendran who has been in the business for 18 years said that pottery-making is a valuable art and Indians have a rich heritage in it.

Both Nagendran and his elder brother Wadiweel Nadarajah, an engineering graduate, want to keep the art of making Indian pottery alive and are ready to teach it to anyone who is keen.

“We are willing to share the knowledge. We even train our foreign workers within two weeks on the basics and by three months, they have got the hang of it.

“Pottery-making also teaches you to be more patient and focused. Its set of skills can bring you to a higher level and it is an art that should be treasured,” Nagendran said. – Bernama