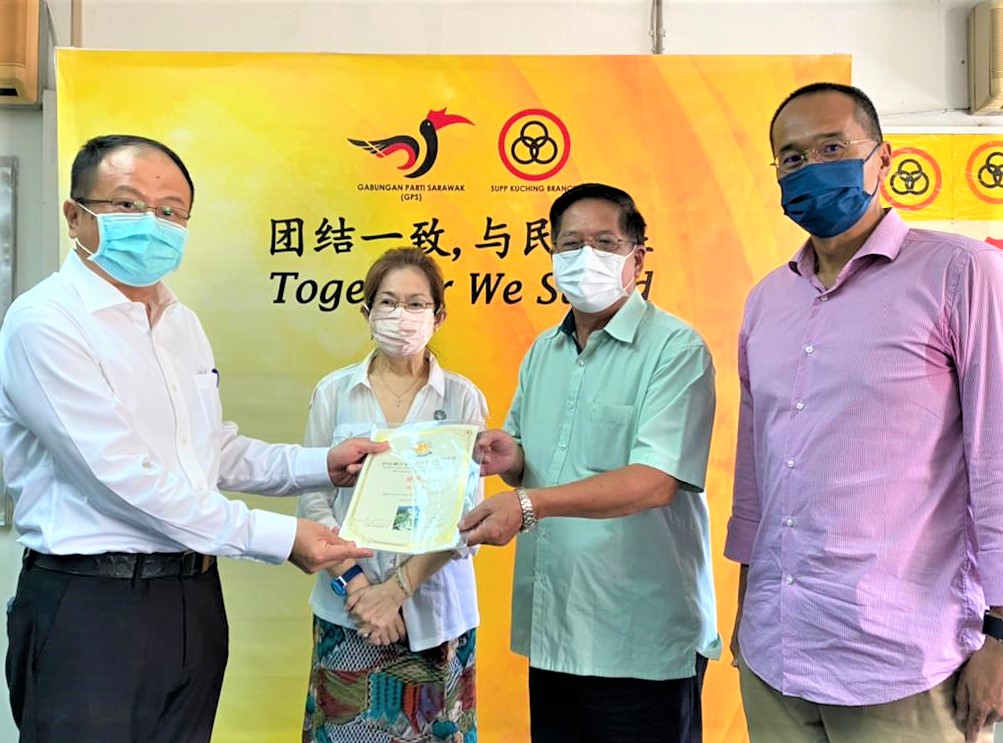 KUCHING: Sarawak has established sister provinces and states with Fujian, Yunnan, and Shandong provinces in China and 26 Chinese cities, including Quanzhou and Yantai.

In revealing this, East Malaysia regional manager of Bank of China, Zhang Hong Kun said for the last nine years, he had contributed a lot to economic activities between businessmen in Sarawak and China.

“The dream of establishing good ties between Sarawak and China has come true for the past nine years through the Consulate-General of the People’s Republic of China in Kuching,” he told a press conference at the Sarawak United People’s Party (SUPP) Kuching Branch office at Jalan Sungai Padungan.

“In addition, we made a personal donation of more than RM30,000 to the development of economic activities in Sarawak.

“China Bank also donated more than RM50,000 to Chinese associations to be distributed to people from various sectors in Sarawak  as well as RM200,000 in medical equipment for Sibu during the Covid-19 pandemic.”

At the press conference, the Kuching Division Community Association, represented by Temenggong Datuk Tan Joo Phoi and Pemanca Datuk John Tiong Chak, handed over a certificate of appreciation and a plaque to Zhang, who will be returning to serve his home country, China, next week.