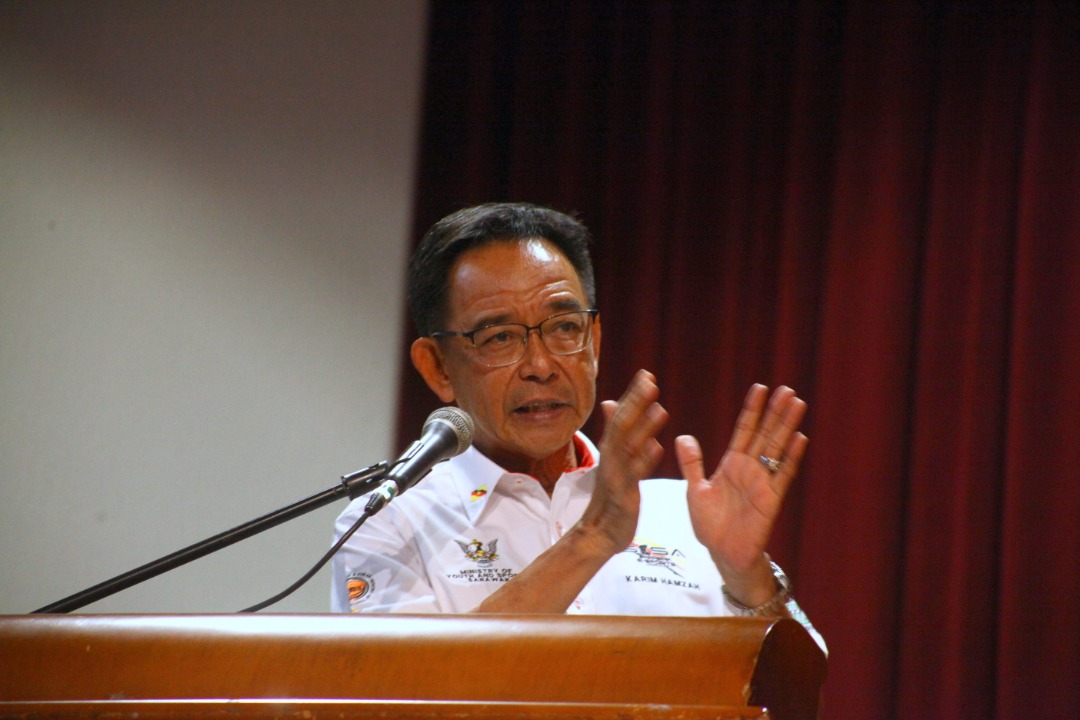 KUCHING: Sarawak expects to see at least 20 or 30 percent of new faces contesting in the 15th General Election (GE15). In saying this, Parti Pesak

KUCHING: Sarawak expects to see at least 20 or 30 percent of new faces contesting in the 15th General Election (GE15).

In saying this, Parti Pesaka Bumiputera Bersatu (PBB) vice president Datuk Seri Abdul Karim Rahman Hamzah said that in every election, there are bound to be new faces.

“For Sarawak, the way I see it for the past 10 or 20 years, every election there is bound to be easily about 20 or 30 percent new faces. We will see this time around.

“But I’m very confident that if the general election is being held, for Sarawak, it will be smooth sailing for Gabungan Parti Sarawak (GPS),” he said.

He told reporters when asked for comments whether there will be new faces contesting during the GE15 after officiating at the E-Sports Challenge 2022 held in conjunction with the Kuching Festival at Kuching South City Council (MBKS) today.

On GPS preparation for the GE15, the Asajaya assemblyman said that there should not be much problem for the party.

“Our election machineries are still very much oiled and in place. The moment it (Parliament) is dissolved, we wouldn’t be having a state election, because we have just had our state election. But we will have the parliamentary election.

“And the same machineries that manned the state election will be there. Even for the Election Commission (EC) that is in the state, they don’t really need to have another trial because they are already so oiled.

“They managed it very very well during the last election, it is just like asking them to do another one. So there should not be any problem,” he said.

Asked if there will be more young candidates this coming general election, he said in any election whether it is State or Parliament, GPS’s candidates vary.

“We cannot just look at the youths because this is related to looking after the nation. So when they are in Parliament, when they become ministers and when they are going to debate on Bills, we need ideas from all categories whether they are in the youths, middle age or veteran ages.

“So, that is why I won’t specifically say that all must be in the youth age group. Even though we have lowered the age of voting. But of course the government does look at the importance of the youths, in the development of the nation,” he pointed out.

He also said that with Prime Minister Datuk Seri Ismail Sabri Yaakob visiting from state to state, it is a good indicator that the election is very near.

“This is how I see it being a politician. It (election campaign) can come under any name.

“Probably, now it comes under the launch of the Malaysian Family Aspirations Tour (AKN) which we are going to have on Aug 5 to 7 in Sarawak.

“However, how the people interpret it, it depends. I look at it as part of campaigning,” he said.

Media centre up and running 0