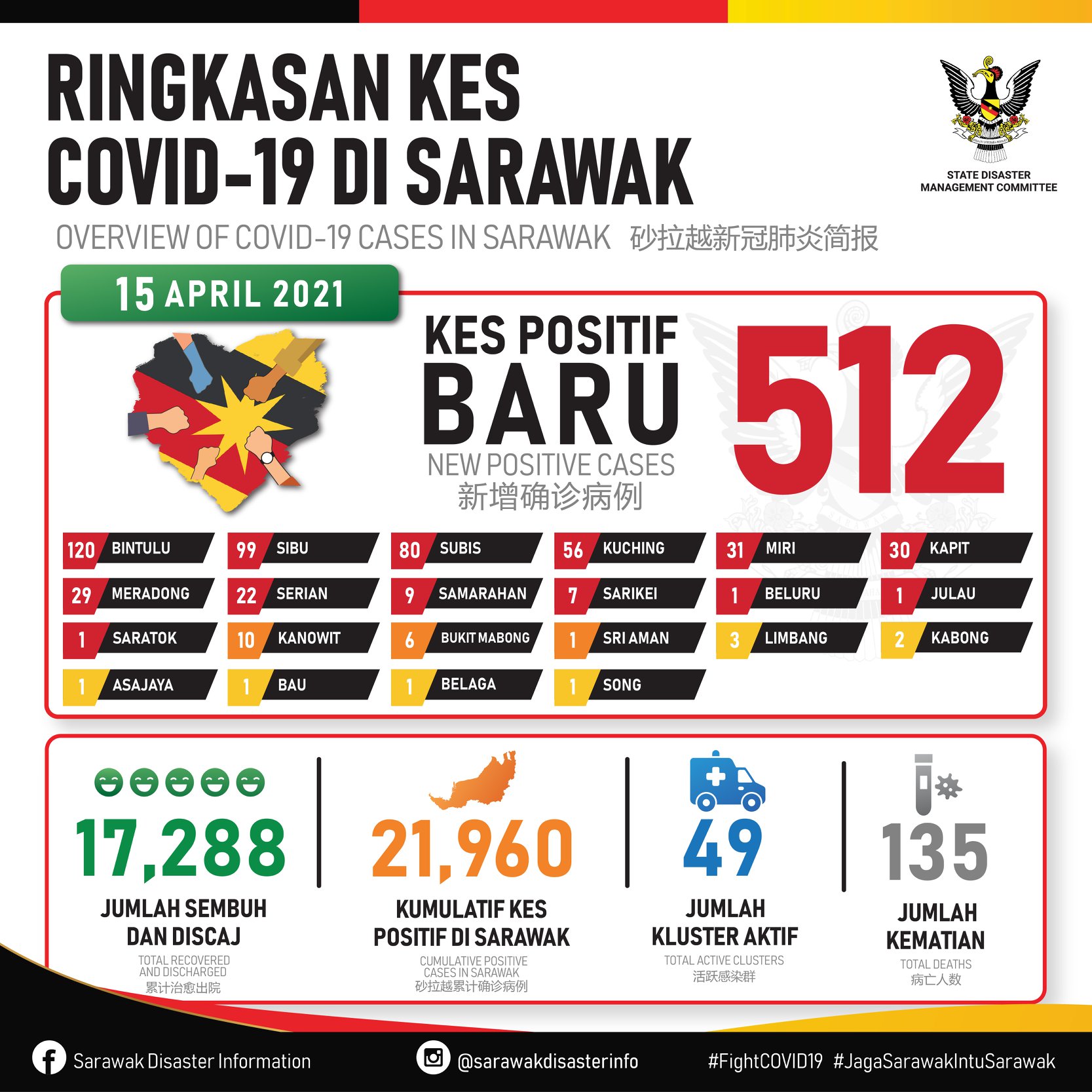 This is the third time daily cases in Sarawak have exceeded the half-thousand mark, with the highest being 607 cases recorded on April 13 – the only time it surpassed the 600 mark.

Additionally, 425 out of the total cases comprised of individuals who had been instructed to undergo quarantine at designated places.

“In short, 297 were screened after having contact to positive cases, 123 cases were individuals linked to active clusters, 60 detected from other screenings in health facilities, 27 from screening of symptomatic individuals and five import B cases involving individuals returning from other states,” he said in a daily Covid-19 press conference today.

Uggah said there were 4,472 individuals still undergoing treatment at hospital isolation wards in the state.

“Today (Thursday), 508 new person-under-investigation (PUI) cases have been reported and one is awaiting laboratory result,” he added.