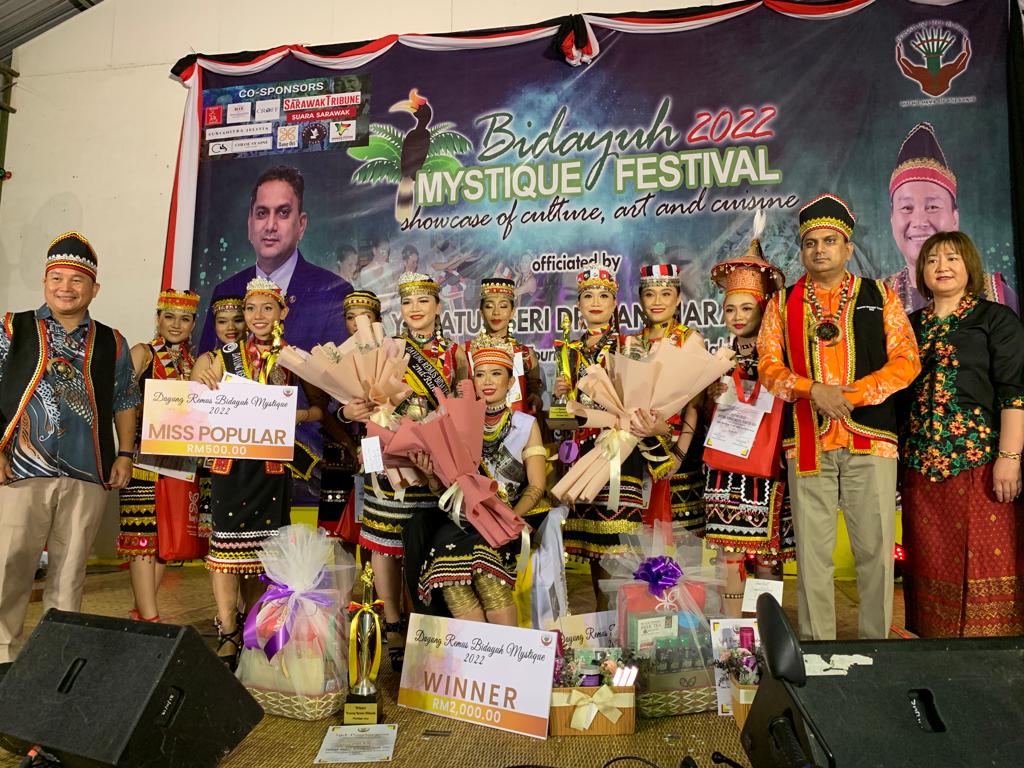 The beauty contest held at the St Paul Bunuk Parish Hall saw 10 beauties from Padawan, Bau and Serian competing for the title of Dayung Remus.

Besides a trophy, a sash and other prizes, Dessyfarolyna also took home a cash prize of RM2,000.

Both took home a trophy, a sash, complimentary prizes and RM1,500 and RM1,000 respectively.

The remaining seven finalists did not leave empty-handed as each was given a consolation prize of RM100 and a certificate.

At the same time, the crowning of Dayung Remus Bidayuh Mystique 2022 was done by Datin Yee Chooi Ling, the wife of Deputy Minister of Plantation and Commodities Datuk Willie Mongin.

Earlier, guests were entertained by performances from Claudia Geres and Rozzie Mila.

It is understood that there are plans to make this festival an annual affair.