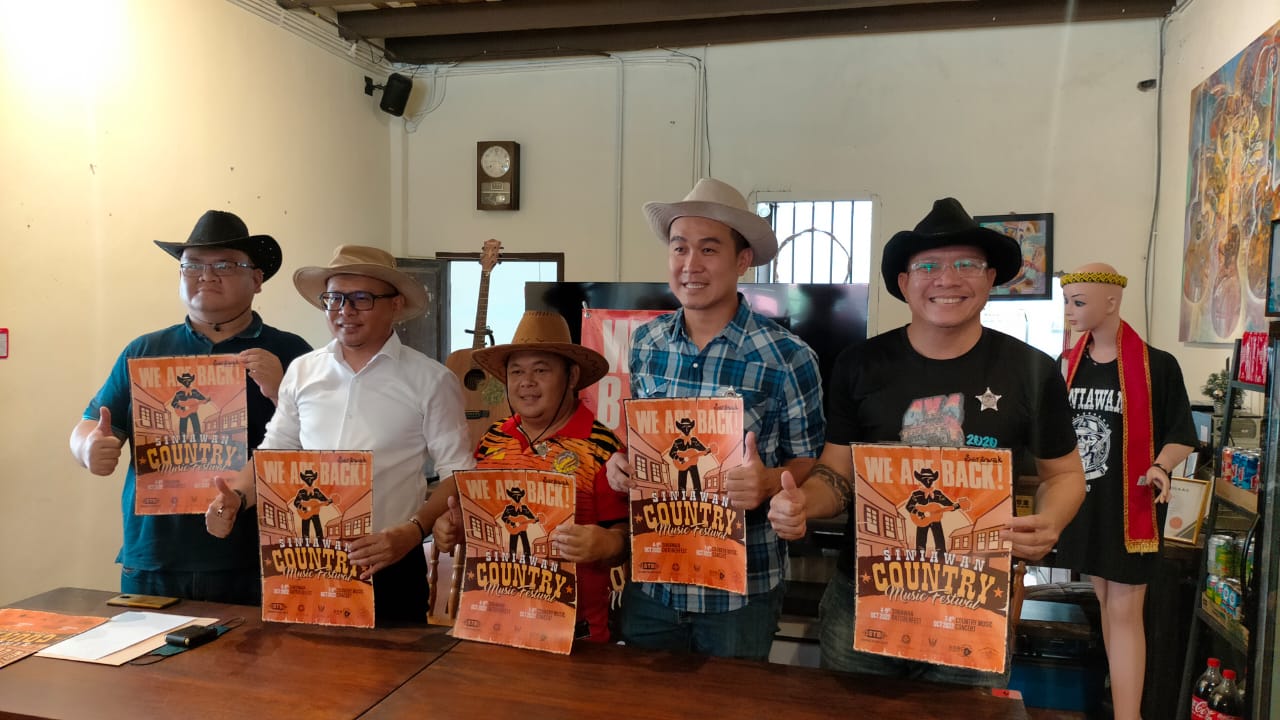 Organising chairman, Dylan Lai said he expected more visitors to attend the event since it is the fifth edition.

“One of the reasons why we continue organising this event is because it is synonymous to the Siniawan community,” he said.

He added that compared to other music festivals such as Borneo Jazz Festival or Rainforest World Music Festival, there is no fee charged to attend the event.

“You just bring your money for food and drinks and also souvenirs, should you buy one.

“Enjoy the music, and we don’t impose any tickets because we want to help the community here in terms of tourism and the economy as well,” he added.

“One of the strong points of Siniawan, besides the night market is the uniqueness of its buildings which resemble an actual country-style town that you would have seen in western movies.

“You don’t feel the same environment as in other places, because here, you can feel like you live in a cowboy town. That’s the specialty here,” he added during a press conference on the upcoming music festival at Ayak Gallery, Siniawan, Bau on Monday (Sept 5).

With more than 20,000 visitors expected throughout the festival, 10 bands comprising local and international groups such as Onstrings, Country Road Band, At Adau and Roddy Radiation and The Skabilly Rebels, a band from United Kingdom are expected to perform.