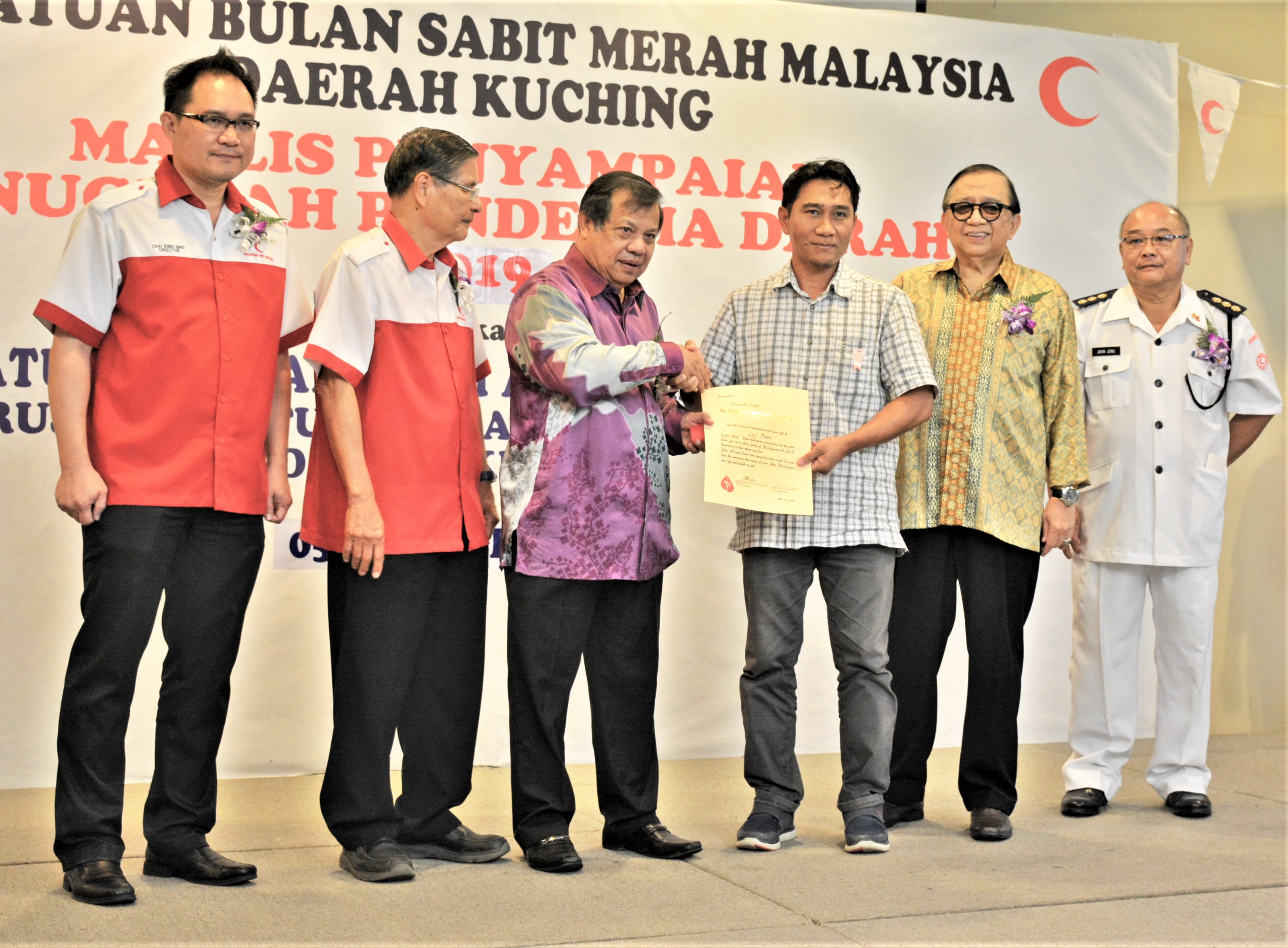 Society owes it to blood donors

KUCHING: The total blood collection in Kuching District has shown an increase of three per cent against that registered in 2017.

He said this in his speech during the MRC Kuching District Blood Donor Prize-Giving Ceremony 2019 held at Crown Towers here yesterday.

“Today (yesterday) we are here to present awards to about 250 blood donors who have unselfishly donated an accumulated total of 50 pints onwards to 160 pints,” remarked Jong.

“We should cultivate this volunteering spirit in the community,” he urged, adding that the younger generation should also be guided and trained.

During the ceremony, besides the awards to the blood donors, ten challenge trophies were also presented to last year’s winning associations.

Sopran Mohamad, 46, a factory worker at F&N and one of the highest donors with an accumulated 150 pints of blood donated, told reporters that his uncle had encouraged him to donate blood.

“He told me that it is good to donate blood as this would help a lot of people,” he said.

He explained that the 150 pints of blood donated had been accumulated since he began donating in 1996, adding that he donates about four times annually.

“I want to help those who need blood. I also encourage my friends and relatives to donate blood if they are willing,” Sopran remarked.

He said he had responded to emergency requests for blood donations at hospitals numerous times before, often during festive seasons such as Hari Raya.

“There was one case where a child needed blood as he had leukemia and I answered the call to come forward to help,” he recalled.