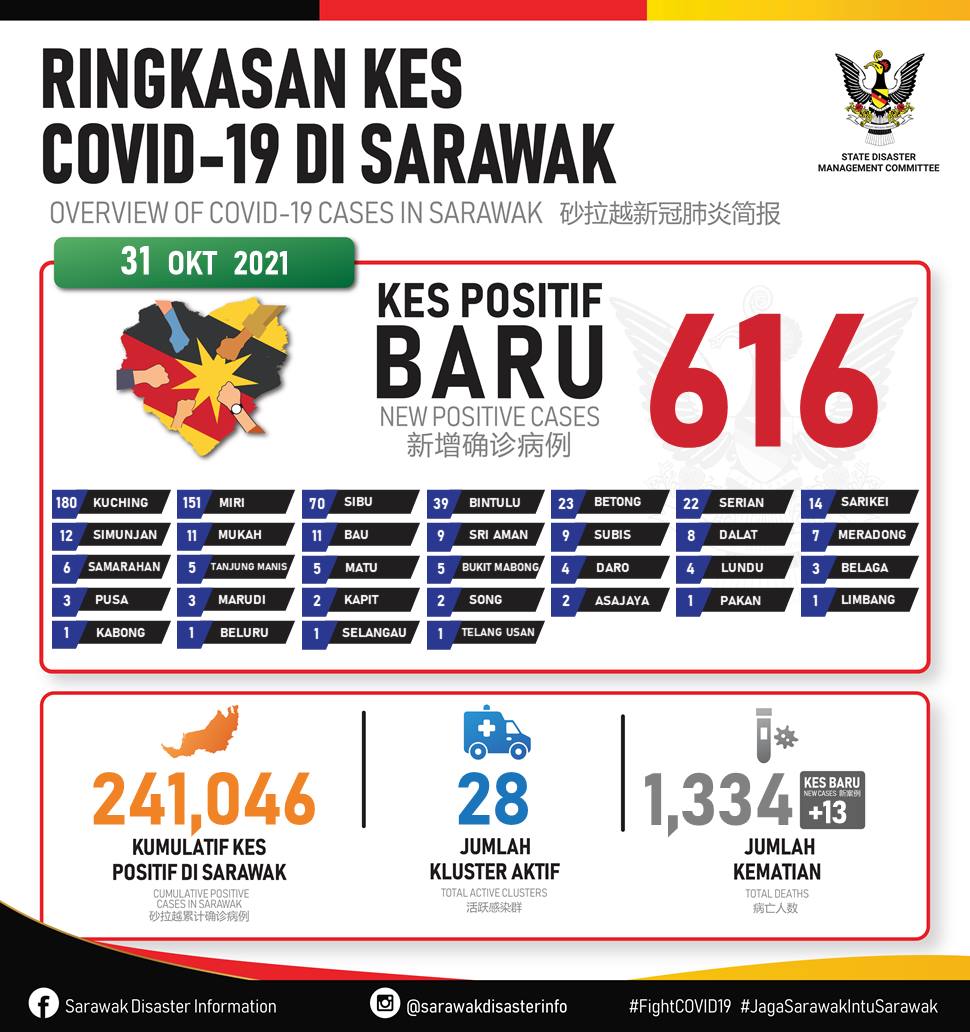 All deaths occurred on Oct 12 and between Oct 27 and Oct 29. The victims were mostly senior citizens between 56 and 91 years old with comorbidities.

The committee also announced the end of the Sungai Ipoh cluster in the Pakan district after no new Covid-19 cases were recorded there in the past 28 days.

One new case has also been recorded in the Putai 2 cluster while the rest of the 27 active clusters have recorded no additional cases.