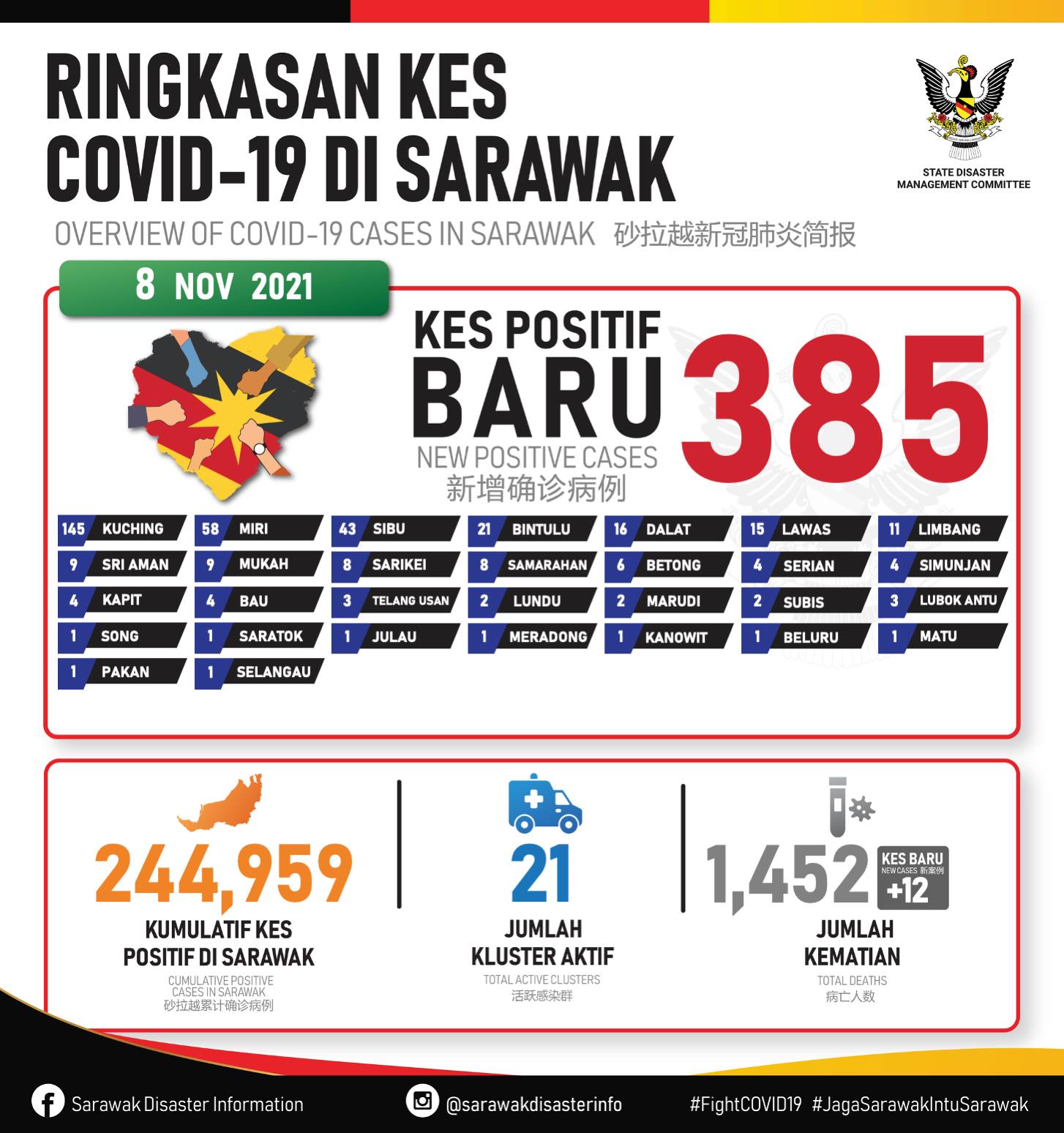 KUCHING: The state continues to record a steady decline in daily Covid-19 cases with only 385 reported on Monday (Nov 8).

This represents a marginal drop of 75 cases from Sunday’s 460, with the cumulative number of cases now at 244,959.

Sarawak Disaster Management Committee (SDMC) said 372 of the latest cases were categories 1 and 2, while 13 cases were classified as categories 3, 4 and 5.

Kuching registered the highest number of cases with 145, followed by Miri with 58, Sibu 43 and Bintulu 21 cases.

SDMC also reported 12 deaths related to Covid-19 infections which occurred between Nov 3 and 6.

Eleven of the victims had comorbidities while the other had no history of chronic illnesses.

SDMC also announced the end of the Bungey cluster in Betong.

“No new cases were reported in the cluster for the past 28 days with the number of active clusters in the state now at 21,” it added.