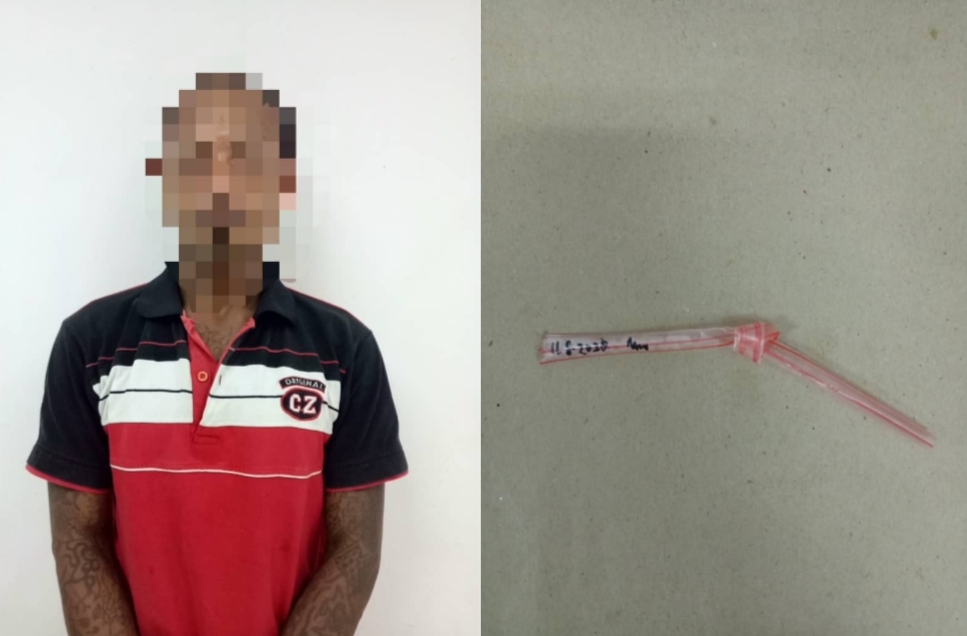 District police chief DSP Poge Nyaon said that the arrests took place separately from 12.30pm to 1.15pm in the same location. A team from Bau Narcotics Crime Investigation Division (NCID) led the raid and inspection to the house.

“The inspection resulted in three separate arrests at the scene; the first man was inspected and also found was a plastic packet on a table, containing crystalline drugs weighing 0.27g with a value of RM20.

“The team inspected the second man and found a straw tube in the man’s  containing crystalline drugs weighing 0.82g with a value of RM50.

“The last inspection done on the third individual, led to a finding of a plastic packet in the man’s jeans pocket, containing crystalline drugs weighing 0.32g with a value of RM30,” he said in a statement.

Poge added that the men aged 29, 37 and 52, do not have any criminal record and were found positive of drugs.

A remand application will be made pertaining to all three individuals to facilitate investigations under Section 12 (2) and Section 15(1)(a) of the Dangerous Drugs Act 1952.

Man made homeless in evening fire