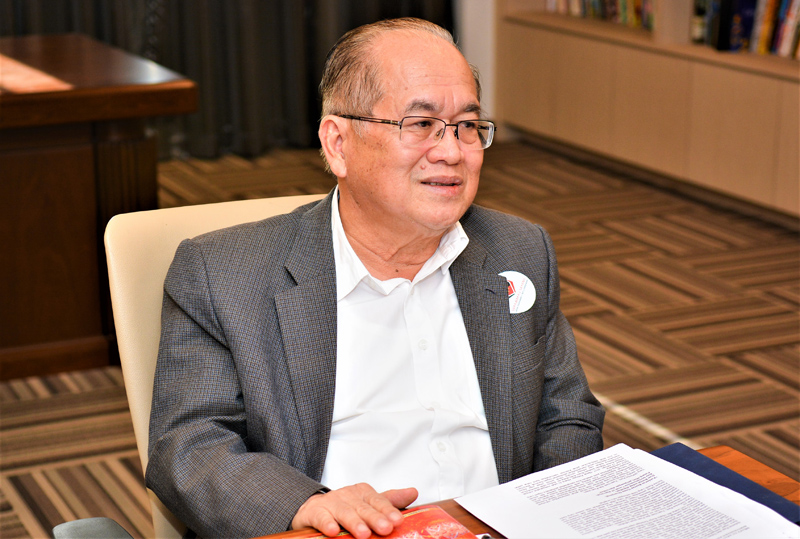 No end to Azmin-Anwar rivalry
PM, opposition agree to create more conducive environment for people
An Anwar government? No thanks

KUCHING: One can only guess Parti Keadilan Rakyat (PKR) president Datuk Seri Anwar Ibrahim’s agenda behind his sudden claim of having majority support from MPs to form the federal government, but only he knows his motive.

Parti Pesaka Bumiputera Bersatu (PBB) deputy president Datuk Amar Douglas Uggah Embas offered a guess that Anwar might have made his announcement due to the Sabah state election.

“Because the Perikatan Nasional (PN) government is putting forward the need for Sabah to be in line with the federal government.

“That is my wild speculation. What his main motive is, I do not know. You had better ask him,” he said in an exclusive interview at his office in Wisma Bapa Malaysia here on Wednesday.

The Deputy Chief Minister shared that he was with Chief Minister Datuk Patinggi Abang Johari Tun Openg when he learned of the announcement earlier today.

“So the first person I asked was the chief minister, who is also PBB president,” he said.

He said Anwar’s announcement was a new development in Malaysian politics which nobody had anticipated.

“There are a lot of unexpected events in politics, so be prepared for them,” said Uggah.

Earlier, a report on a news portal had alleged that some in Gabungan Parti Sarawak (GPS) were considering severing ties with allies in PN.

In response to this, several PBB leaders had rubbished claims that GPS was backing Anwar, asserting instead that GPS was supporting PN and Tan Sri Muhyiddin Yassin as Prime Minister.