Waiter hides behind hotel after being chased 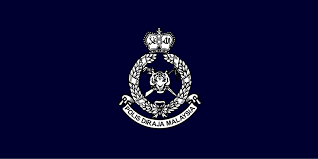 MIRI: A waiter hid for 15 minutes behind a hotel building in Lutong after he was chased by a man riding on a motorcycle on Friday night.

According to sources, prior to the episode at around 11pm when the complainant was leaving his home in Tudan Desaras for work, he realised he was being tailed by a man riding a motorcycle.

Fearing for his safety, the 18-year-old complainant who was also riding on a motorcycle immediately sped off and was chased up to Lutong area.

Upon reaching the hotel, the complainant hid at the back of the building until the coast was clear.

A police report was lodged this morning. Sources added; the complainant was said to have known the suspect.

About two weeks prior to the incident, the complainant’s neighbour verbally attacked him for no apparent reason and it was revealed that it was the same neighbour who chased the complainant that Friday night.

SIBU: A 25-year-old woman was fined RM500, in default seven days’ jail by the Magistrate's Court today for possession of more than RM23,000 which...

Webinar on tobacco-free campaign on May 21

BY NEVILLE TIMOTHY SANDERS KUCHING: UCSI University will be organising...

Cops told to step up commitment to fight crime

KUCHING: A stronger commitment to work in fighting crime...

Elderly woman in a hurry now in police custody

KUCHING: It’s better to be late than sorry. An...

BY NEVILLE TIMOTHY SANDERS A FIVE-PRONGED strategy will be implemented...

WEEKLY monitoring meetings with contractors and consultants will be...

BINTULU: A 10kg pangolin and its baby were handed...