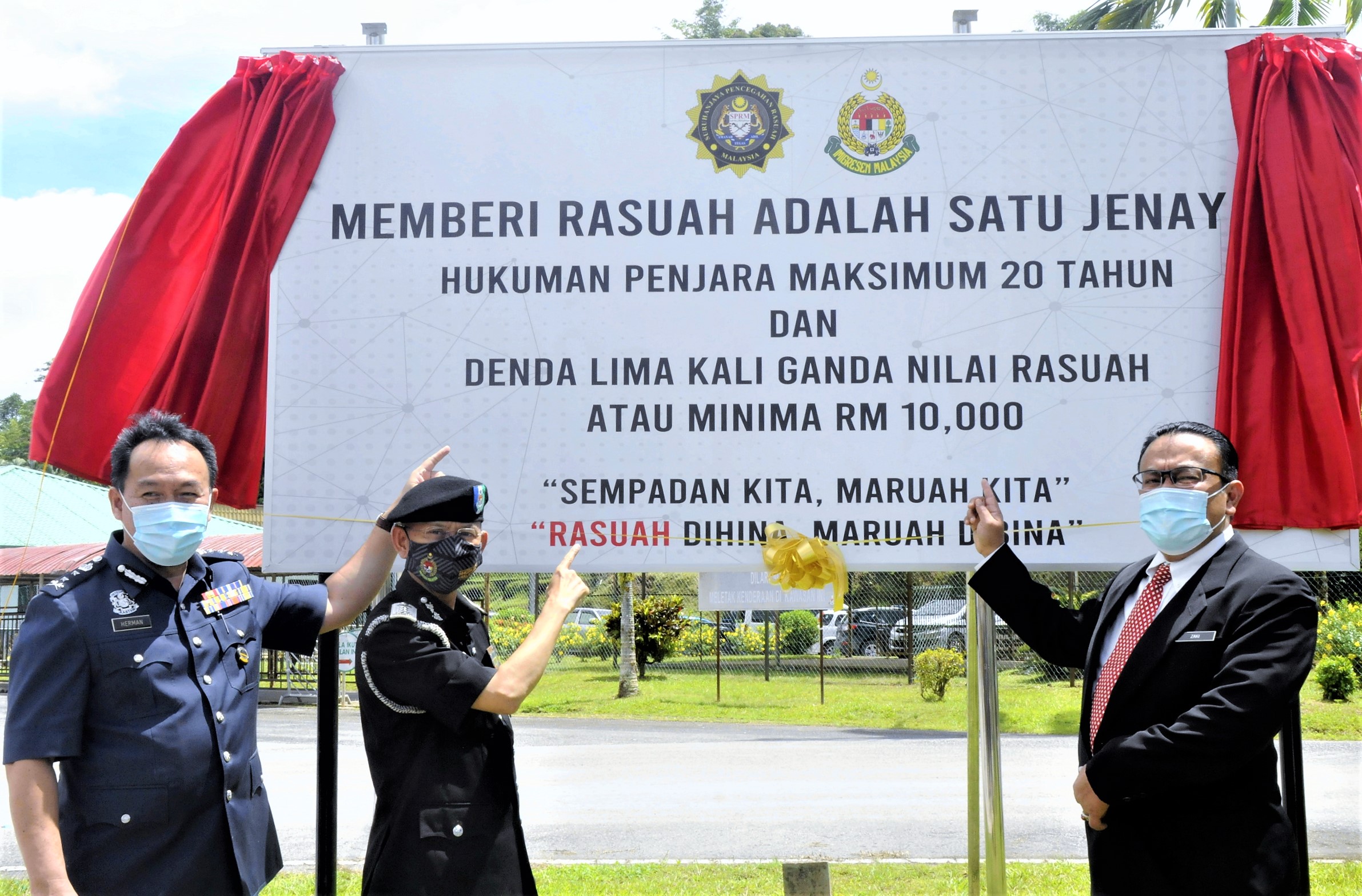 TEBEDU: Sarawak recorded 49 corruption cases, with 60 arrests made as of Oct 14.

“From the total, 30 cases or 50 per cent have been charged in court involving members of the public (18), civil servants (seven) and private workers (five).”

Zaki was speaking to reporters after officiating the ‘Sempadan Kita, Maruah Kita’ (Our Border, Our Pride) programme held at Immigration, Customs, Quarantine and Security (ICQS) Tebedu here on Thursday (Oct 15).

“Meanwhile, 11 cases are investigated under Section 23 involving an officer of a public body using his/her office or position for any gratification.

“Six cases are investigated under Section 18 involving the production of any receipt, account or document containing any statement that is materially false or erroneous or defective with intention to mislead the principal.

“The other one case is investigated under Section 16(a)(A) involving an offence of accepting gratification by any person.”

Zaki advised civil servants and enforcement agencies to refer to the MACC upon encountering bribery offers and inform the MACC or the police so that further action would be taken.

He also reminded them to nurture the practice of “Sik Mok Rasuah” or “Tolak Rasuah” (Say No to Corruption) to prevent corrupt practices that could create multiple other problems such as waste of money and time for investigation as well as embarrassment to the family, friends and workplace.