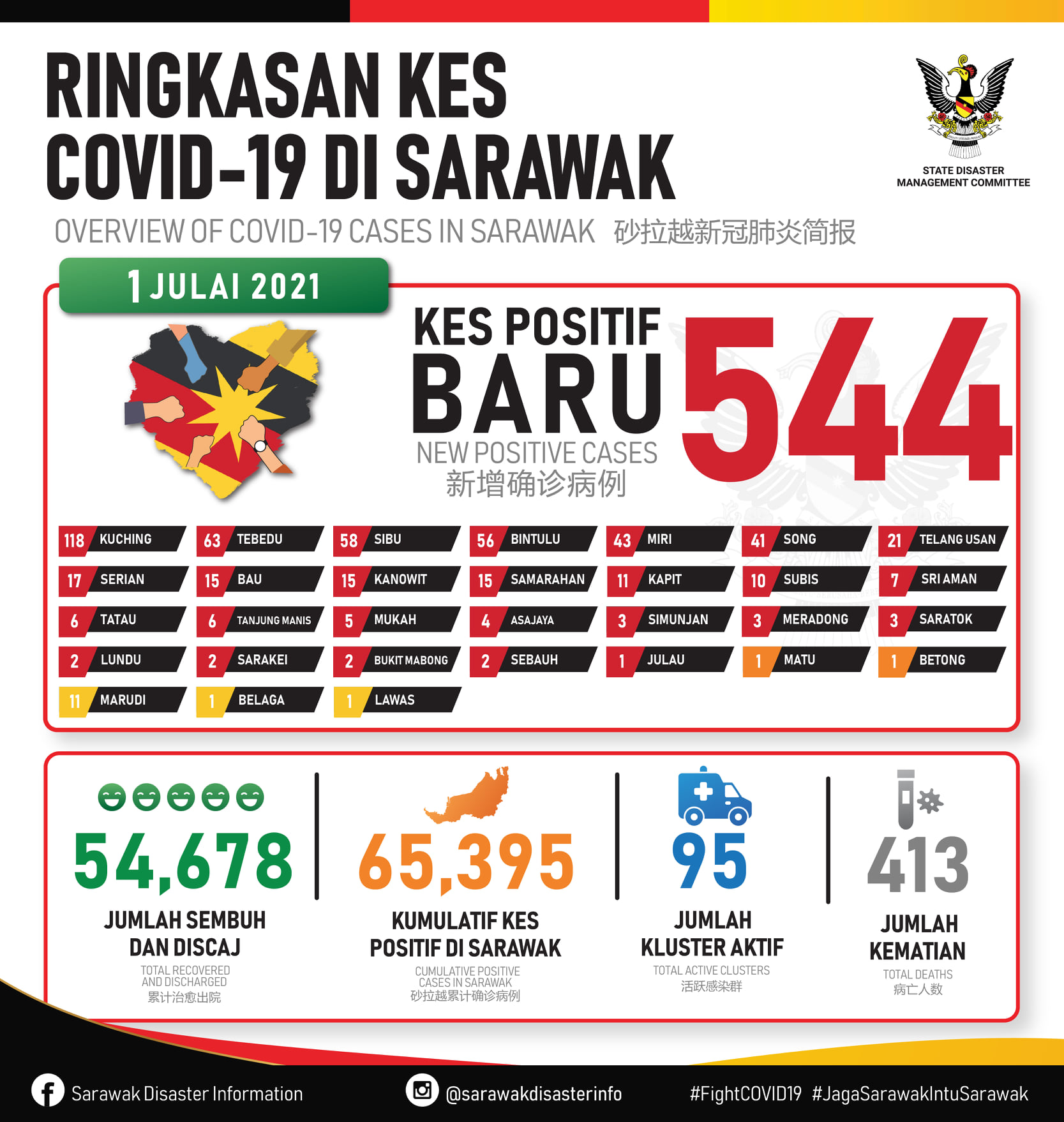 The Sarawak Disaster Management Committee (SDMC) said 338 of these cases, or 62.13 per cent, were detected in five districts, namely Kuching, Tebedu, Sibu, Bintulu, and Miri.

“Of the 544 new cases reported, 74 people exhibited signs and symptoms of Covid-19 infection during screening,” SDMC said in a statement on Thursday.

SDMC stated that 464 cases were individuals who had been issued quarantine orders.

Providing a breakdown of the 544 new cases, it said 334 were those who had contact with positive cases, 125 were linked to existing active clusters, 52 were from other screenings at health facilities, 28 were from symptomatic individual screenings at health facilities, three were individuals who had returned from other states in Malaysia (Import B), and two were individuals who had returned from Indonesia (Import A).

“Today (Thursday), 494 new cases have recovered and been discharged.”

“This brings the number of recovered and discharged cases thus far to 54,678.”

Firemen break into construction site to put out fire

KUCHING: The best way out of poverty is through...

TATAU: Those in the food should be aware of...