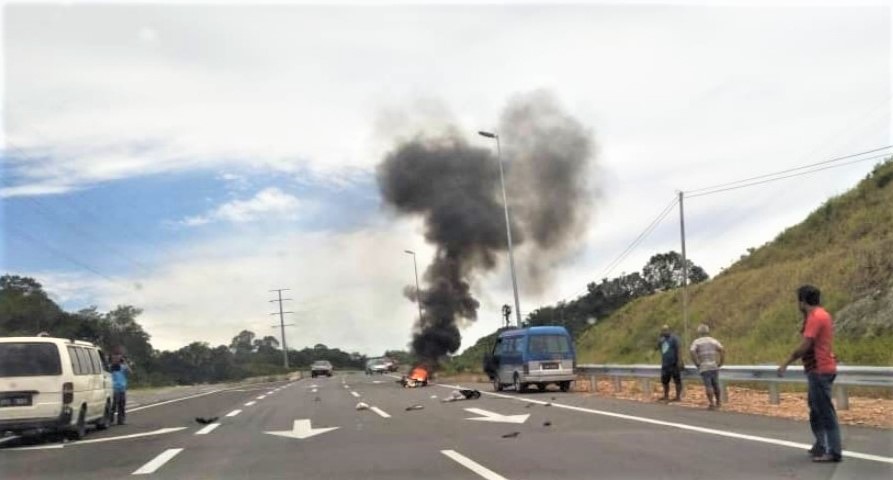 JULAU: A 27-year-old motorcyclist died on the spot following a two-vehicle accident at Mile 14, Jalan Kelupu-Julau-Durin (KJD) on Friday. The acci

JULAU: A 27-year-old motorcyclist died on the spot following a two-vehicle accident at Mile 14, Jalan Kelupu-Julau-Durin (KJD) on Friday.

The accident happened around 12.30pm when both vehicles — a motorcycle and a van — were travelling in the same direction towards Bintangor.

District police chief DSP Andam Sulin when contacted, said the accident occurred when the motorcyclist, identified as Collin Baring Empan, allegedly made a sudden U-turn and crashed into by the van.

“Due to the close distance, the van driver did not have time to avoid the motorcycle and crashed into the motorcyclist.

“As a result, Collin was pronounced dead at the scene by paramedics from Julau health clinic,” he said, adding that the body was taken to Sarikei Hospital.

Meanwhile, the van driver did not suffer any injuries.

Andam added that the victim’s motorcycle burst into flames in the accident.

Nanta thanks services of medical officers in Kapit

Thieves use MCO to burglarise shop 0