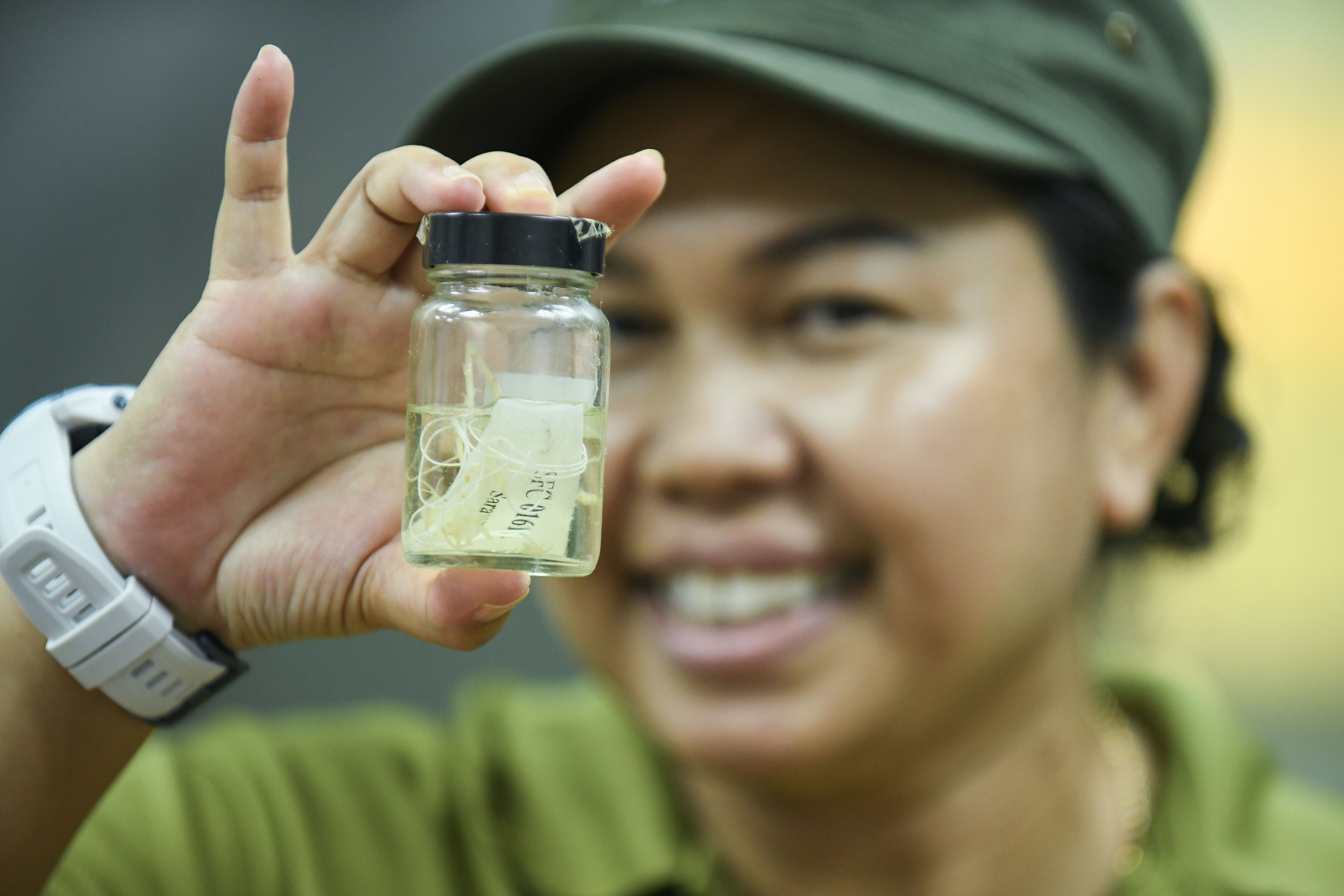 Admire orchids in their natural habitats

ORCHIDS – one of the most commercially valuable ornamental plants – are under threat globally, with mainly terrestrial orchids (that grow on the ground) being in the crosshairs of plant poachers.

Because of its beauty and horticultural value, the flower spikes the interest of illegal collectors in hoarding such a plant, especially when a species is very hard to find – the rarer the orchid, the more expensive it is.

While illegal collection from the wild as well as illegal trades are among major concerns, according to the International Union for Conservation of Nature Red List of Threatened Species (also known as the IUCN Red List), the destruction of orchids’ natural habitat also lead to their deterioration.

In the inland of Sarawak, a number of endemic and rare orchid species can be found and this calls for an urgent action to protect them from being extinct.

To preserve such noteworthy and treasured plants, not only the government, but also the relevant parties, need to act.

As a matter of fact, the Sarawak Forestry Corporation (SFC) is ready to work with any entity, to achieve both commercial reward and conservation of the threatened genus.

The SFC has long been involved in preserving wild orchids in Sarawak, being a key pillar in taking care of the Semenggoh Botanical Research Garden today.

The orchid garden was established in 1982, but the collection of wild orchids began in the 1970s by Forest Department Sarawak (FDS) researchers, according to SFC head of Flora Research and Conservation, Endela Tipot.

Endela said there are more than 300 species of wild orchids with about 2,000 individuals in the garden, which represent a wide collection throughout the state, including species from threatened habitats such as logging areas and dam sites of Bakun and Murum dam, including quarry sites such as from Bau limestone.

She said the garden was initiated to conserve wild orchid germplasm and to facilitate the study of physiology, phenology, diversity and ecology of wild orchids.

She noted that orchid collection in the garden includes at least 40 endemic species, 29 rare and threatened species and nine new recorded species unique to Borneo.

To commercialise orchids into a booming industry, Endela looks forward to a strategic partnership, especially with the FDS as the latter boasts skilled expertise.

Since commercialisation and the establishment of a nursery, including a tissue culture lab, is costly, Endela emphasised the importance of preserving and cultivating the recorded species artificially.

“Illegal dealers often find it faster and cheaper to trade illegally acquired wild orchids as nursery-raised orchids are expensive, and to cultivate them is time consuming,” she said.

“One way to conserve these treasured plants is through mass production, have them artificially propagated so that the particular species can be easily obtained in the market.

“If it is widely available, people will not be buying it (illegally acquired orchids) and people will eventually stop collecting the protected species – thus promoting commercialisation in a non-destructive way.”

Even if there are still irresponsible individuals who would want to possess the ones from the wild it could be controlled because they can distinguish the forest-origin orchids and the ones artificially propagated.

To start commercialising orchids, Endela said it is better to artificially propagate orchids that they have in the garden as thousands of hybrid species (for example) with commercial value could be cultivated, especially using tissue culture method.

“It sets a good economic value and (we can) preserve the ones in the wild but we need to control this activity so that it does not become extinct,” she added.

With FDS having its research team, Endela said SFC could assist the end for orchid conservation through their ex-situ conservation, a process of protecting an endangered species, variety or breed, of the plant outside its natural habitat.

In fact, SFC does have a newly established lab which would focus on the conservation efforts, but the lab is still in its early stage where most of the instruments are yet to be installed.

The role of SFC in orchid commercialisation and conservation is beyond dispute, and it is safe to say that the corporation is prepared to pave the way for both set goals.

The SFC has the sources needed in its pocket if further research has to be done, as it is a point of reference to wild orchid species from all over the state.

According to Endela, it is estimated that there are more than 1,000 species of wild orchids found in Sarawak and there are still many more of the genus yet to be discovered.

Surprisingly, less than 50 per cent of the orchids collected are fully determined, with at least 127 species known only from Sarawak.

“This means that they can be endemic or yet to be discovered in other parts of the region,” said Endela.

Apart from that, the unique slipper orchid (Paphiopedilum sanderianum), which is an endemic orchid species to Malaysia, could also be found growing on cliffs of Mulu limestone pinnacles and Ulu Baram.

“The majority of orchids are native to tropical countries, including Malaysia where humid tropical rainforests are found.

“They are found in nearly every habitat in the state but the distribution and number of species vary with habitat types, from lowland and peat swamp forest up to the montane forest.

“Generally, limestone areas are very rich in orchid species. The karst formations with steep cliffs provide a very different habitat for the orchids which are mostly endemic,” she said.

Additionally, depending on the species and the environment, according to Endela, certain species of orchids only bloom once or twice a year, like the Paphiopedilum, while others only do so every two to seven years, like the giant tiger orchid, Grammatophyllum speciosum.

Orchids are usually threatened due to habitat loss, biological resource use and climate change, but Endela said there is more to that.

Fragmentation, which includes agriculture and aquaculture activities as well as human intrusion and disturbances, including development, could also lead to the extermination of the exotic plant.

Endela pointed out that many of the threats co-occurred which require integrated management and conservation effort. “Like all other plants, orchid species are affected by these pressures, but due to their often complex interactions with pollinators, mycorrhizal fungi and host trees, they are likely to be at greater risk as they are dependent on other organisms that are also affected by habitat loss or climate change.”

What the the public can do to help to preserve wild orchids is don’t engage with wild orchids – don’t collect, sell or buy wild orchids, said Endela.

“If you love orchids please buy those that are artificially propagated, legally with proper documents.

“Do enjoy the beauty of nature as it is and where it is. Go to nature to enjoy and appreciate them (by) not bringing them back home,” she said.