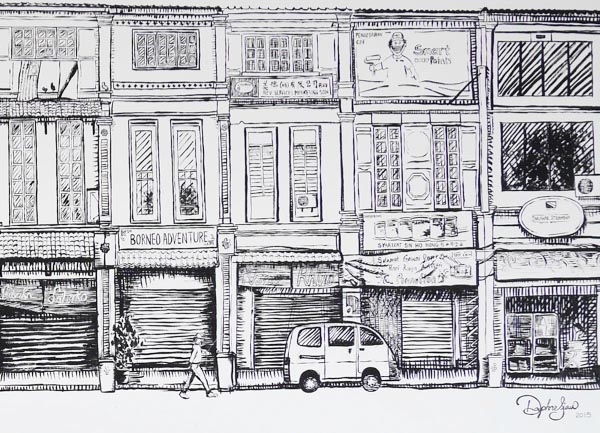 HER PERSONALITIES – She is witty, exuberant, bursting with positive energy. She is passionate in many ways, and most importantly, she will keep on trying, instead of giving up.

Meet 30-year-old Daphne Siaw, a full-time artist since the end of 2017. Leaving her stable income job, relinquishing her Bachelor’s Degree in Commerce to pursue what she enjoys most – ART.

According to her elder brother, Daphne has been drawing since she was in diapers. “He told me when I was three years old, I started drawing circles and I have always liked to draw. I remember vividly when I was in Sibu with my auntie, I would draw little people for her to see!”

Throughout the interview session with New Sarawak Tribune, Daphne have been accommodating and her bubbly personality allowed the session to be a fun one as she adds a little laughter here and there.

The Chinese lass also shared a memory from her childhood when her strict mother would ask her to do her homework in the afternoon, “I would have a paper underneath my books, and I would just secretly draw!” 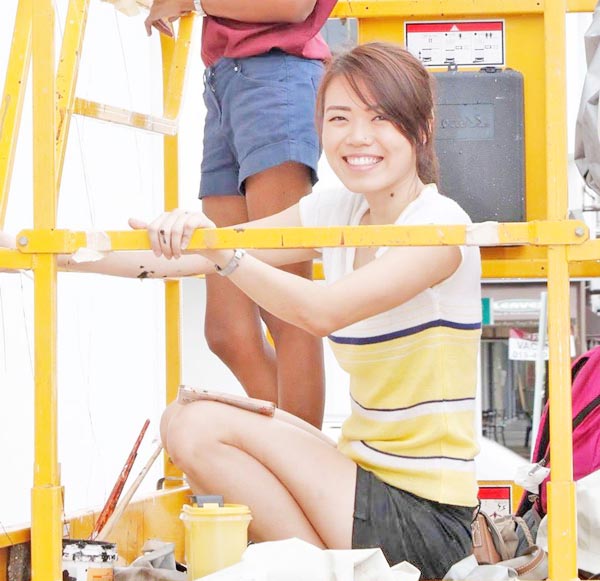 “I would always draw whenever I have free time, and when I started to work and was earning an income, I would buy better quality colour pencils, markers and paper. Through that, i became more motivated to keep creating as it is fun to keep experimenting with different mediums”, she said.

Daphne said also that she bought a drawing tablet, and started to do digital drawing. “And that is how I progress. I just keep wanting to try new tools.”

With the hobby in hand, Daphne’s elder brother a decade ago also encouraged her to upload her artwork on Facebook. Soon after she graduated from university, as she entered the working life, she started to receive art commissions.

“Back then, my artworks were in the form of coloured or black and white portraits. i had the opportunity to do some sentimental pieces such as re-drawing faded old wedding photos,” disclosed Daphne.

It was in 2013 that Daphne started mural painting with a Marilyn Monroe piece she did for her friend’s bedroom wall. When asked how long does it take for her to finish each artwork, she answered, “For portrait, depending on the paper size, I can do within a day or two. As for murals, depending on the details, size and medium, it can go from days to weeks.”

So what was Daphne’s inspiration to take the leap of faith? “I think because… there was an itch.” She explained that during her full-time job in marketing, she was juggling between her office job and her art commission job.

“As there were more and more commissions, i would constantly be thinking about it or be working on them whenever there was free time on weekends and holidays,” she shared.

Soon after, she got tired of juggling. “After some time, I felt quite exhausted and realised I should focus on developing either one of my careers. I chose the road less taken even though it was one of the hardest decisions ever.” She then got into Disney-mode by recalling two Disney movies such as Moana and Zootopia.

“It was really hard, but you know the Disney movie Moana and Zootopia? They really inspired me. The movies and songs really inspired me to try.” Apart from that, Youtubers she subscribe to such as Chriselle Lim and Casey Neistat put a weigh into her inspirations.

Then again, according to Daphne, the main reason that inspired her to pursue art full time was because to her, life is short. So she decided to take the risk while she is still young enough. She conceded that it has been a fun year! 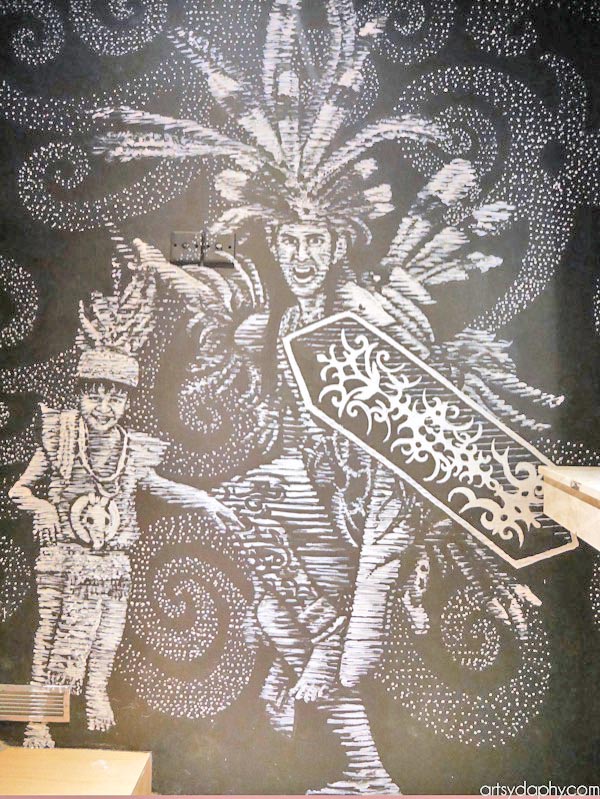 At the end of 2017, she started her art company ‘Artsy Daphy’. Like most start-ups, Daphne initially faced insecurity, “Some months were okay, some were not. I started to worry and was riled up with stress.”

Now, the 30-year-old learned to hustle her way up despite facing hardships. “It is hard, especially when you are tired when you are alone and you have to keep on hustling. But it is not exactly a hardship, because every job has its ups and downs. It just depends on which type of challenges you are more willing to accept.

“So I tell myself, it’s okay. I am just going to hustle for that period. And it will be over soon!  i will push myself really hard for periods of time (sometimes days sometimes weeks), and tell myself it will be better later after each project is done… but I realised, that it just keeps going on and on. Because you just get excited from completing things/achievements and become eager to accept more and more challenges.”

When asked about creative block, Daphne gave a piece of motivational advice, “Just keep working on it.” Despite the block, she advises those to not treat it as one, and to just continue to draw. “everyone will get a block every now and then… but we will get through it as long as we keep on trying. You wont be blocked forever. Don’t be discouraged!”

Aside from portraits and murals, the cheerful artist also does installation art, illustrations, digital art, digital/social media content and anything that is related to art. Browse through her artwork at http://artsydaphy.com/. You can also visit her Facebook and Instagram at @artsydaphy for more insights. For those who are curious about her work behind the scenes, watch her Youtube chanel at youtube.com/daphnesiaw.