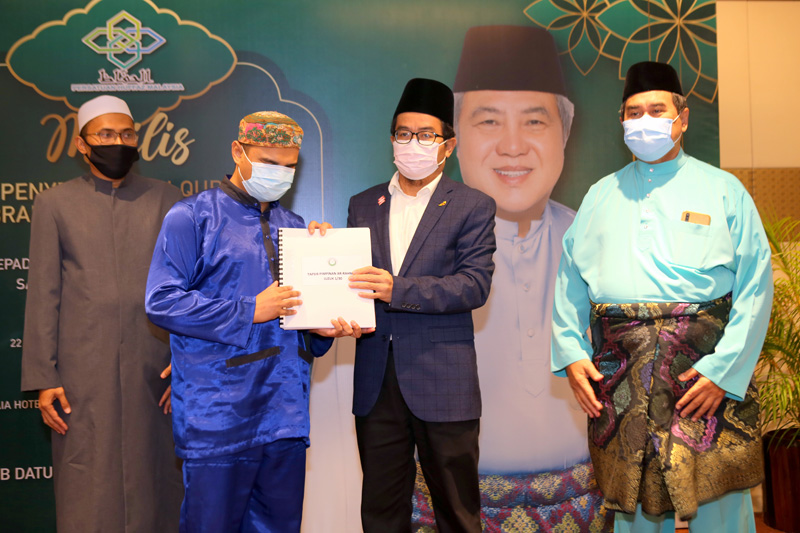 Association hands over 20 sets of Al-Quran in braille

BY MOHD ZAHID AHMAD ZAKI KUCHING: More than 20 sets of the Al-Quran in braille worth RM1,000 each have been handed over to the visually impaired i

KUCHING: More than 20 sets of the Al-Quran in braille worth RM1,000 each have been handed over to the visually impaired in the state.

“This aims to provide opportunities to the community, especially for the disabled to be able to get closer to the Al-Quran in this holy month.

“In addition, it can also facilitate and launch the process of reciting the holy book among the community, especially for the visually impaired community,” he said.

He said this on behalf of Deputy Premier Datuk Amar Awang Tengah Ali Hasan at the Al-Quran Braille Tafsir Pimpinan ArRahman presentation ceremony to the visually impaired in Sarawak at the Raia Hotel and Convention Centre, on Friday (April 22).

In addition, he called on the public to take the opportunity to actively worship together to get blessings before Hari Raya.

“The funds were channelled directly to the disabled people’s association to produce the Al-Quran in braille and successfully distributed to the targeted group,” he said.

He said that there are still many visually impaired people in the state who do not have the Al-Quran book.

“Through this ceremony, we hope that more people will come forward to contribute and help this group, in terms of their welfare and their religious needs,” he said.

Igan will be urbanised 0