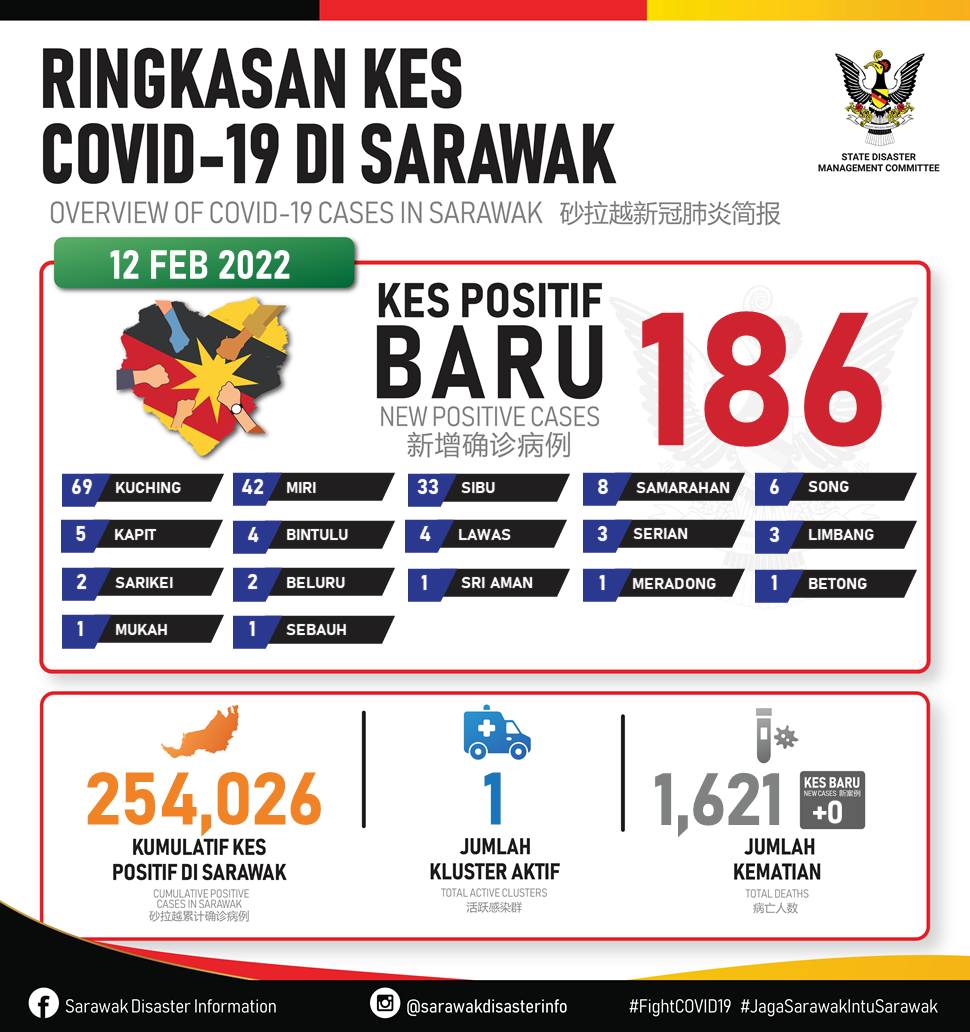 KUCHING: Sarawak’s Covid-19 cases are slowly declining after logging in 186 cases on Saturday (Feb 12), which was better than Friday’s 214. This took the total number of cases to 254,026.

In its daily update, the Sarawak Disaster Management Committee (SDMC) said three patients with lung infection were placed under Category 3.

“Kuching tops the list with 69 cases, followed by Miri with 42; Sibu (33); Kota Samarahan (eight); Song (six); Kapit (five); four each in Bintulu and Lawas; three each in Serian and Limbang; two each in Sarikei and Beluru; and one each in Sri Aman, Meradong, Betong, Mukah, Sebauh.

“No new fatality was reported in the daily update,” SDMC said.

In addition, there were 17 new persons-under-surveillance. Currently, 251 such persons are quarantined at designated hotels.

SDMC also stated that the total number of persons under surveillance that had been discharged was 166,133.

In terms of non-compliance with the standard operating procedures, Kuching police had issued a total of 12 compound notices to errant individuals for failing to scan the MySejahtera before entering a building.

Those took the total number of compounds issued by Sarawak police to 13,245.