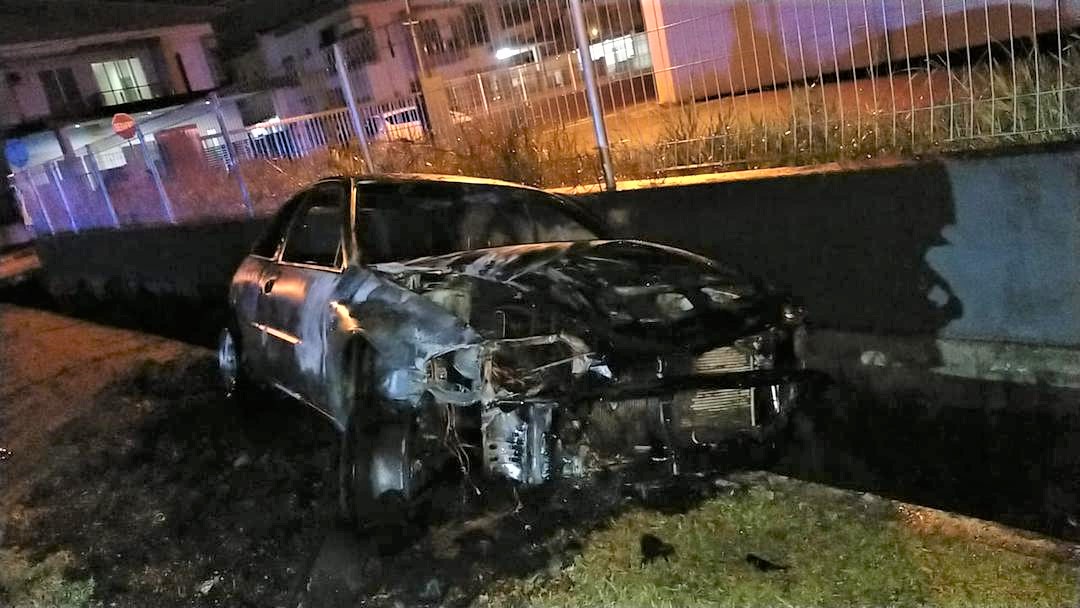 Angered by the incident, the suspect proceeded to ram the man’s car from behind, causing it to crash into a nearby ditch.

“The suspect also tried to hit the man but failed after the latter fled from the scene and the suspect also admitted to having fled shortly after colliding with the other vehicle.

“He then returned to the scene with a barrel of petrol and poured it onto the vehicle before lighting in on fire,” Lim said.

The car owner returned to the scene about 15 minutes later to retrieve his vehicle only to find it was burned causing him to suffer about RM5,500 in losses.

According to Lim, a motorcyclist who stopped at the scene confronted the suspect after he lit the car on fire.

He said the witness (motorcyclist) related to police that the suspect was approached by angry mob who came to the scene in a black Proton Saga.

“The suspect immediately got onto the witness’ motorcycle and fled the angry mob,” he explained.

Lim said the suspect then contacted the witness the next day and returned the motorcycle to its rightful owner.

“The suspect was arrested on Saturday (Aug 14) around 6.30pm and handed over to investigating officers for further action,” he added.