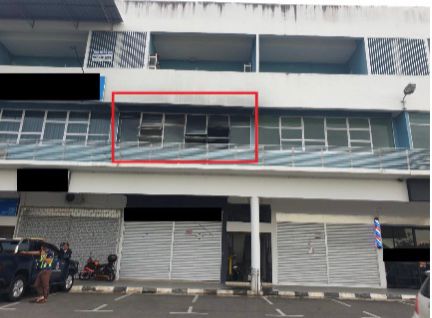 Sarawak Energy, in a statement yesterday, said fire fighters first received a distress call and immediately alerted Sarawak Energy for an emergency shutdown so that the fire could be extinguished safely.

The team later found 30 charred cryptocurrency mining servers at the premises and it is believed that the actual number of servers could be higher due to the severity of the fire.

On site inspections also revealed that the wiring system had been tampered with and direct tapping cables were connected to the premises.

“The fire was believed to be caused by an unsafe wiring system which overloaded the electrical system.

“The mining servers were confined within a small space, leading to the accumulation of heat which ignited flammable egg cartons and gypsum boards nearby”.

As a result of the illegal and dangerous power theft, Sarawak Energy is estimated to have incurred losses of approximately RM14,300  per month.

In a separate case, a cryptocurrency mining centre at Jalan Serai, Sibu, was also found to be involved in electricity theft during an operation carried out by Sarawak Energy and Sibu police.

An electrical system overload at the Taman Ging Bo substation serving the area led to suspicions of unrecorded high consumption.

Some 34 cryptocurrency mining servers and direct tapping cables used to steal electricity were seized. The owner of the premises was present at the time of the operation and police reports have been lodged for both cases and all parties involved will be called for investigations.

“Besides that, cryptocurrency mining consumes a large amount of electricity as the servers run non-stop and requires cooling units to prevent overheating.

“Non-standard installations commonly used in electricity theft for such energy-intensive activities can easily overload the electrical system capacity, increasing the risk of short circuits, appliance damage, fires and even cause loss of lives,” said the statement.

Electricity theft is a criminal offence under Section 33(5) of the Electricity Ordinance, which carries a penalty of up to RM100,000 and or five years of jail if found guilty.

Sarawak Energy reminds customers that tampering with wires to under-record electricity consumption is both illegal and dangerous.

In cases where electricity is stolen for cryptocurrency mining, it can also lead to outages in the surrounding areas, causing unnecessary inconvenience to neighbours.

Therefore, together with the state’s Ministry of Utility and Telecommunication and the police, Sarawak Energy will continue to track down anyone stealing electricity for any reason whatsoever.

Sarawak Energy is also collaborating with agencies such as the firefighters in raising awareness on safe electricity usage to prevent unwanted fires.

Members of the public are reminded not to trust service providers claiming to be able to reduce electricity use or allow premises owners to enjoy unlimited usage of electricity through metre tampering.

Landlords are strongly advised to conduct background checks on potential tenants, as well as to be mindful and alert of their activities to avoid being implicated in electricity theft committed at the rented premises.

Members of the public are also strongly encouraged to report any suspicious activities related to electricity theft and service providers claiming to be able to reduce electricity use by contacting Sarawak Energy’s Customer Care Centre at 1300-88-3111 or email at customercare@sarawakenergy.com.

Let down by poor finishing

‘Hanging the wrong flag is shameful’ 0