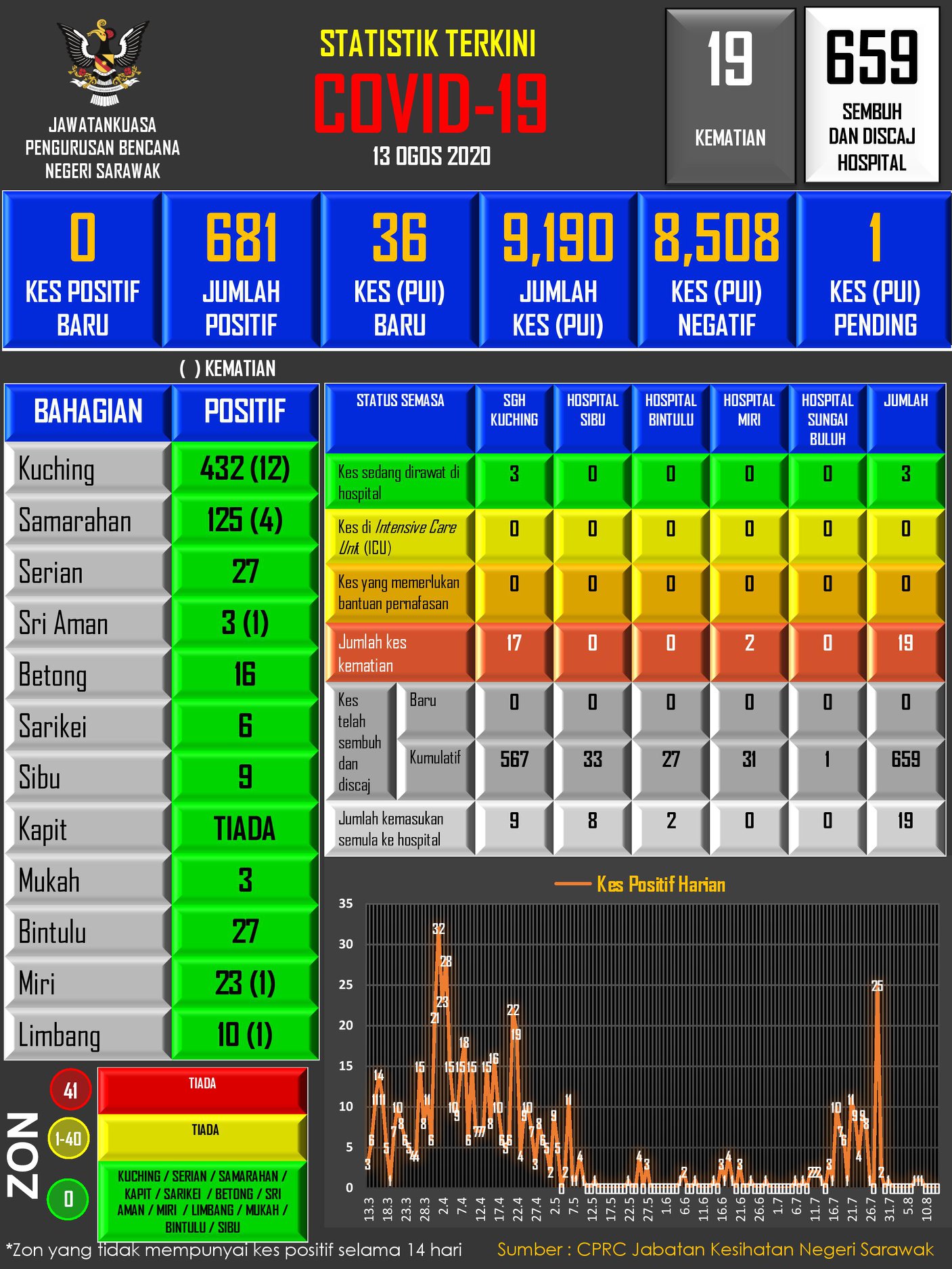 The State Disaster Management Committee (SDMC) in a statement said, there was also no new recovery and discharge cases, which remain at 659, or 96.77 percent to date.

“At present, there are three cases undergoing treatment at isolation wards in hospitals. The total Covid-19 deaths in Sarawak remains at 19 or 2.79 percent,” it said.

The committee announced the end of the Jupiter Cluster after no new cases were reported in the span of 28 days since the last case was reported on July 17.

This cluster involved three non-citizens comprising crew members of the Jupiter LNG ship which was anchored and quarantined in the Sarawak waters near Bintulu Port.

A total of 35 close contacts comprising 30 crew members of the Jupiter LNG ship and five agents of the shipping company were screened. Of these, three were detected to be infected with Covid-19.

Rehab centre to get sensory room