Disability not an obstacle to earning a living as delivery rider 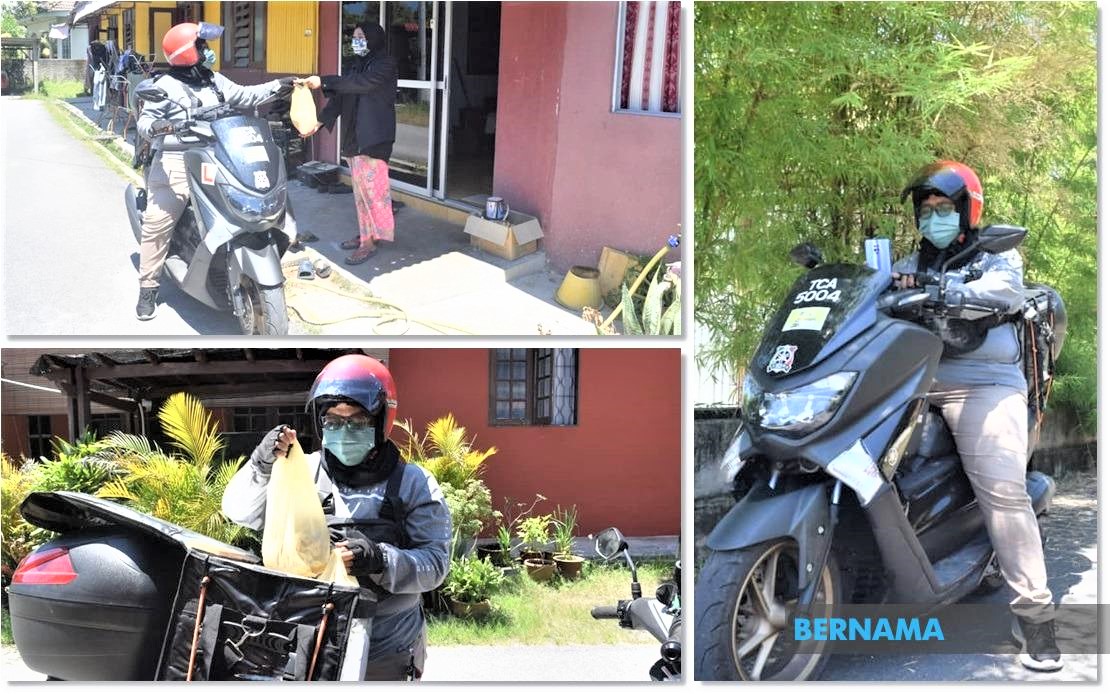 Nur Safra, 30, said she is thankful that she could earn at least RM500 a month as a delivery worker since the movement control order (MCO) was implemented in March last year.

“I was working as a car saleswoman earlier on, but my income was badly affected after the MCO, so I decided to work as a runner buying and delivering goods for customers. Although the income is not much, it is enough to cover my living expenses and I don’t have to depend on my family members as they too have problems due to the current economic situation.

“As I understand that many are now in difficulties as they are out of job or cannot earn overtime like before, I do not charge a fixed price for my service. How much customers want to pay, is all up to them,” she told Bernama when met recently.

Among the items that she had to shop for and deliver were raw ingredients such as fish and chicken as well as necessities like milk, spices and flour.

The Terengganu state athlete who had won gold medals in discus and javelin throw events at the 2018 Malaysian Paralympic Games (Para Sukma) said, she had been very fortunate because most of her customers were generous as they often pay more than the actual amount, especially those living outside Terengganu and needed her to buy goods for their parents in the villages.

“I only advertise my runner delivery service on Facebook and WhatsApp, other than the word-of-mouth promotion by satisfied customers.

“When delivering the goods to my customers, I would take the opportunity to remind them especially the elderly, to always adhere to standard operating procedures (SOP) such as maintaining hygiene, practice physical distancing and to stay at home to break the chain of Covid-19 transmission,” she said.

When asked on the cause of her right leg deformity, Nur Safra said she met with a road accident in 2010 which left her with fractures of the femur and wheelchair bound.

“For almost seven years I could not walk properly but thanks to the support of my family and friends as well as following physiotherapy, I finally recovered in 2017 and could walk again without a cane.

“I am very grateful to be given a ‘second chance’ to be able to walk again and in return, I want to give and serve other people,” she said.

On the challenges she faced in working as a runner, Nur Safra said at times she had lost her way, customers could not be contacted and she had to travel to several different locations to get the goods requested as well as riding during heavy rains and under the scorching heat.

To have a better balance when standing and walking, Nur Safra said modifications had to be made to the heel of her right shoes.

“In this way too my leg deformity is not so obvious and often goes unnoticed, which is good as I do not want people to feel sorry for my physical shortcomings,” she said.

On her plans when the MCO comes to an end, Nur Safra, the sixth of seven siblings said, she would return to her car saleswoman job and at the same time expand her delivery service to other districts in Terengganu. – Bernama