KUALA LUMPUR: The e-wages system which is expected to be launched by the government soon, will ensure that employees including foreign workers are paid their wages on time.

Malaysian Employers Federation (MEF) president Datuk Dr Syed Hussain Syed Husman said there was no reason for employers not to pay local and foreign employees within the stipulated dateline as required by the law.

“The e-wages system will ensure that all workers in the country, including the foreign workers, are paid their salaries and wages on time as contracted by their employers,” he said in a statement today.

He was responding to a recent statement by Human Resources Minister Datuk Seri M. Saravanan that the ministry would soon introduce the e-wages system to ensure that all workers in the country, including foreign workers were paid their salaries and wages as promised by employers.

Meanwhile, MEF said Saravanan’s team had met with the Ministry of Home Affairs to fine-tune the e-wages system which is currently in the final stages prior to implementation. – Bernama 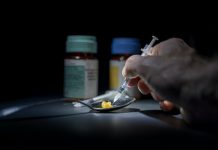