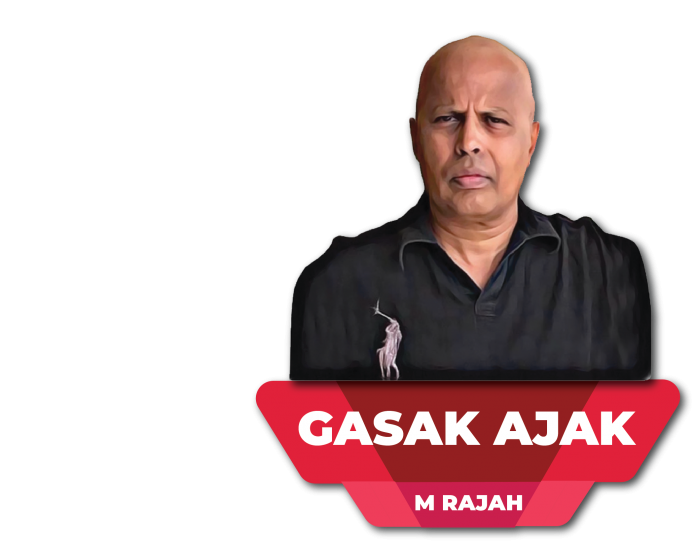 The fear of death follows from the fear of life. A man who lives fully is prepared to die at any time.

January 24, 2020 was a pro­foundly sad day for me. It was the day my best pal of 50 years left the earthly world following a protracted and painful bout with diabetes.

I will call him S Bol to pro­tect his identity. S Bol died the way he lived — throwing cau­tion to the wind and living a carefree life as if there was no tomorrow.

Ever since he was diagnosed with Type 3c (T3c) diabetes four years ago, he decided to adopt the saying, “Eat, drink, and be merry, for tomorrow we die” based on verses from the biblical books of Isaiah and Ecclesiastes.

(T3c is the deadliest of the three types of diabetes, the other two being Type 1 and Type 2. T3c is less than 1 per­cent of all diabetics and those suffering from this type of diabetes have the shortest life expectancy.)

S Bol was philosophical about death till the very end. As I was standing by his bed in a private hospital holding his hand, his last words were: “Raj, death cannot be bad because the dead person can have no painful experiences.”

His Mrs was at his bedside too. The couple had no children.

Call it coincidence or what­ever. S Bol died the same day and date he was born, which is the 24th of January (a Friday). I am not going to mention his year of birth.

And believe it or not, the doctors recorded the time of death as 10.15am, the time of his birth. Just in case some of you think I am exaggerating, I am not, okay! I swear to God I am not making it up.

Though I find it eerie, it was the way he had wanted to go, according to his Mrs.

Those who did not know S Bol enough saw him as a snob but to people like me who knew him like a book, he was the ever-helpful, kind and benevolent person ever ready to help anyone in trouble.

Whatever we did, we would relate our experiences to one another whenever we had the opportunity to meet up. Those days we did not have hand­phones like we do now. We had to use landlines to make appointments. Public phones were also a good mode of com­munication tool back then. But sometimes, when you needed to use these phones they were not functioning, because the naughty miak kampung (vil­lage boys) would have ripped off the cords.

There was one incident involving both of us which I recall to this day and I find it hilarious. We were in college then.

There were these two sis­ters whom we dated. I picked the older of the two while S Bol had to make do with the younger one (who was so-so only). You see, I always had the final say in everything, and because of my usually conde­scending attitude, S Bol found me irritating at times but I was the moneyman, so he had no choice.

We went to the movies. I remember it was Sholay, a romantic-thriller featuring superstar Amitabh Bachchan, Dharmendra and Hema Malini, our all-time favourite actors. After the show, we went our separate ways, S Bol with his date and I with the beautiful one.

The next day I was surprised when S Bol sent word through a collegemate that he wanted to meet up urgently at the college canteen.

The conversation at the can­teen went something like this:

Me: What happened lah? Why this urgency?

S Bol: You too much lah. You chose the cantik (beautiful) one and left me with the other.

Me: So, what’s the issue here?

S Bol: Ayoh! I had to buy Darkie (a toothpaste brand then) lah.

S Bol: Macam kau sik tau (as if you don’t know!) Her breath was not pleasant lah!

Me: Holly Molly! You mean you kissed her? She allowed you?

S Bol: Yeah! Why that look? You mean you didn’t?

S Bol: Paloi nah Thambie tok (Stupid lah you!) Chance wasted. You should have let me take her.

Years later whenever we met up we would laugh over the double date.

There was another incident back in our secondary school days which I will never forget. I was involved in a fight with a group of bullies. I think there were four of them. Being one who would never show my back in a fight, I took on all four of them.

I would have been easily beaten to a pulp by the bullies who were strong and well-built. Fortunately, S Bol came to my rescue. The bullies took to their heels.

And there was this incident which landed both of us in trouble. We were in a cof­fee shop when this child of mixed parentage — father was Indian and mother, Chinese (both teachers teaching in our school) — approached us.

S Bol asked about her race and the child said she was Chinese. My friend innocently retorted, reminding her that she was dark and it was always cus­tomary that a child should follow the paternal race.

The child screamed and com­plained to the parents accusing us of calling her ‘black’. The par­ents came to our table and gave us a mouthful. It was embarrass­ing as patrons in the coffee shop were all looking at us.

I will cherish these memories and in my heart S Bol will live forever.

How about an ‘Olympic factory’ for Sarawak?