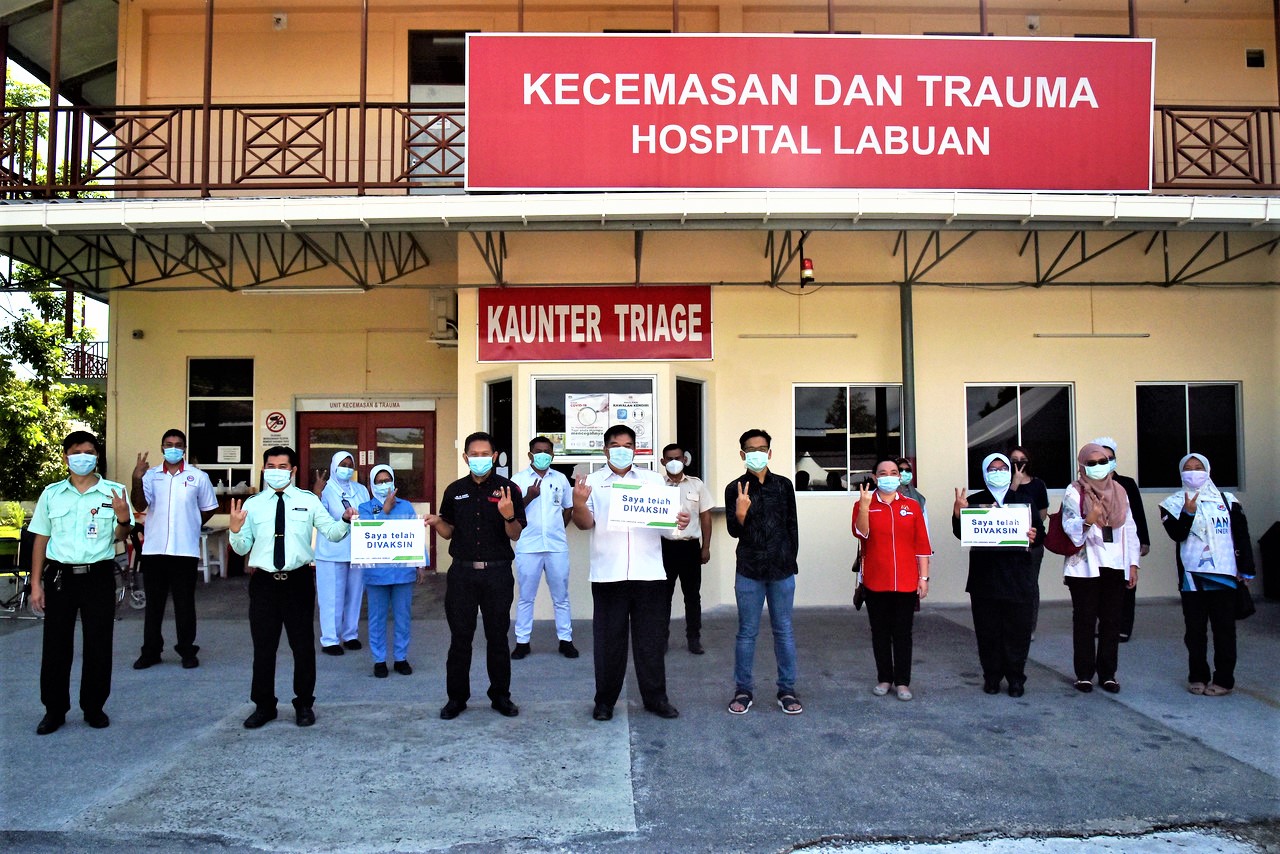 The vaccination exercise under the National Immunisation Programme was led by the hospital’s director, Dr Adnan Musa Balidran at the hospital compound and witnessed by Labuan Health director, Dr Ismuni Bohari.

“It is our objective to ensure that the healthcare frontliners in the critical area of our hospital are Covid-19-free, and this is in the interest of the public and our patients,” Dr Ismuni told Bernama at the hospital’s vaccination centre today.

The remaining 450 frontliners at the hospital will be inoculated in stages from tomorrow.

Meanwhile, several personnel of various ranks from the Royal Malaysian Customs Department and Immigration Department were also seen making a beeline for the Labuan vaccination centre at the Membedai Health Clinic today.

The first batch of 4,680 doses of the Covid-19 vaccine for this duty-free island arrived at the Labuan Ro-Ro Ferry Terminal on Friday, and the first phase involves 2,340 healthcare and non-healthcare frontliners, local leaders and media representatives.

The first phase will run until April to be followed by the second phase until August (for senior citizens aged 60 and above, vulnerable groups with morbidity problems and persons with disabilities), and the third phase from May this year until February next year.

The immunisation exercise will cover the approximately 103,000 total population of Labuan. – Bernama