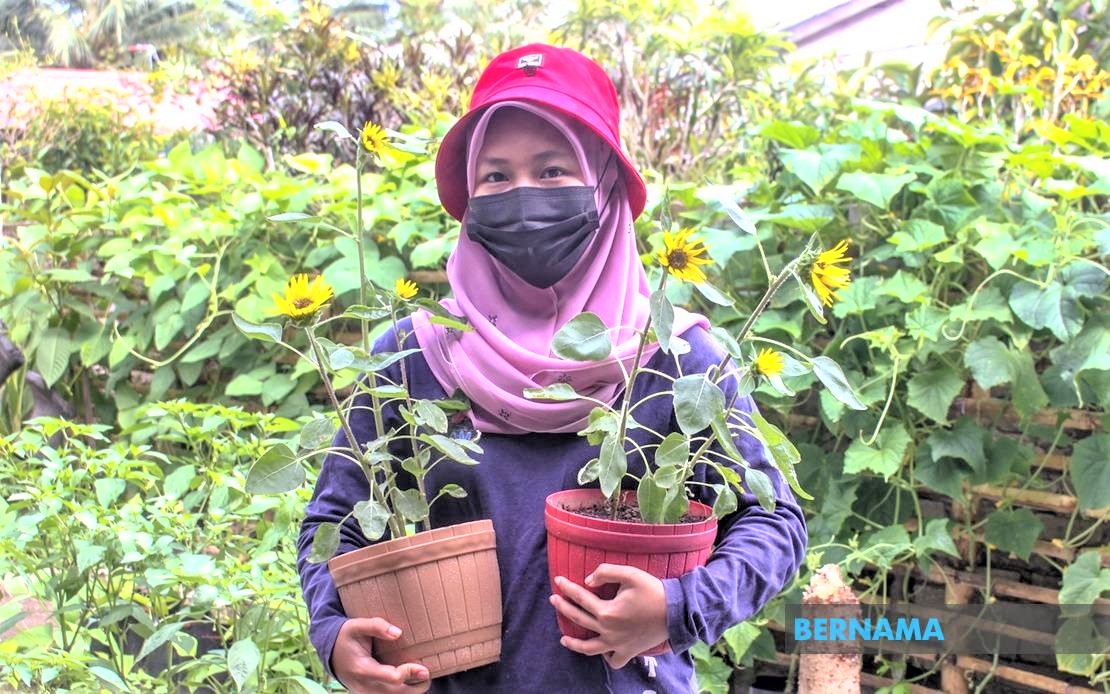 PASIR PUTEH: A graduate of University College Agroscience, Siti Nik Shahira Abdullah, has no regrets turning down a fixed-income job offer for she is now a successful nursery owner.

Her effort, working the little space of land in her house compound paid-off, with the seedlings and young plants growing well, and in demand.

Siti Nik Sahira, 26, who graduated with a Bachelor’s Degree in of Agriculture, said prior to her graduation, she did her practical training and worked part-time with a company involved in strawberry farming in the Cameron Highlands, Pahang.

After completing her practical training, she said, the company offered her a permanent job with a salary of RM3,000 a month, but she turned it down and returned to her hometown here due to the movement control order (MCO) that was imposed then.

“After almost a year being unemployed, about two months ago I decided to use the knowledge I gained during may practical training and working part-time with the company in Cameron Highlands to open my own nursery.

“With a saving of RM500, I started on opening my own nursery in the compound of my house by producing my own seedlings for short -term crops such as chilli, eggplant, cucumber and also flower plants, as well as fertiliser and pesticides.

“The response has been good. I am able to sell between RM50 to RM100 of my products every day, which is a good income,” she said when met at her house in Kampung Merkang, here.

Siti Nik Sahira said this prompted her to focus on agriculture and work towards becoming a successful agropreneur.

“I am now saving to raise funds to develop a 0.46-hectare site in Padang Pak Amat, about one kilometre from here, which is owned by my father, into a nursery that uses fertigation system,” she added. – Bernama

Looking forward to seeing the many colours of Malaysia