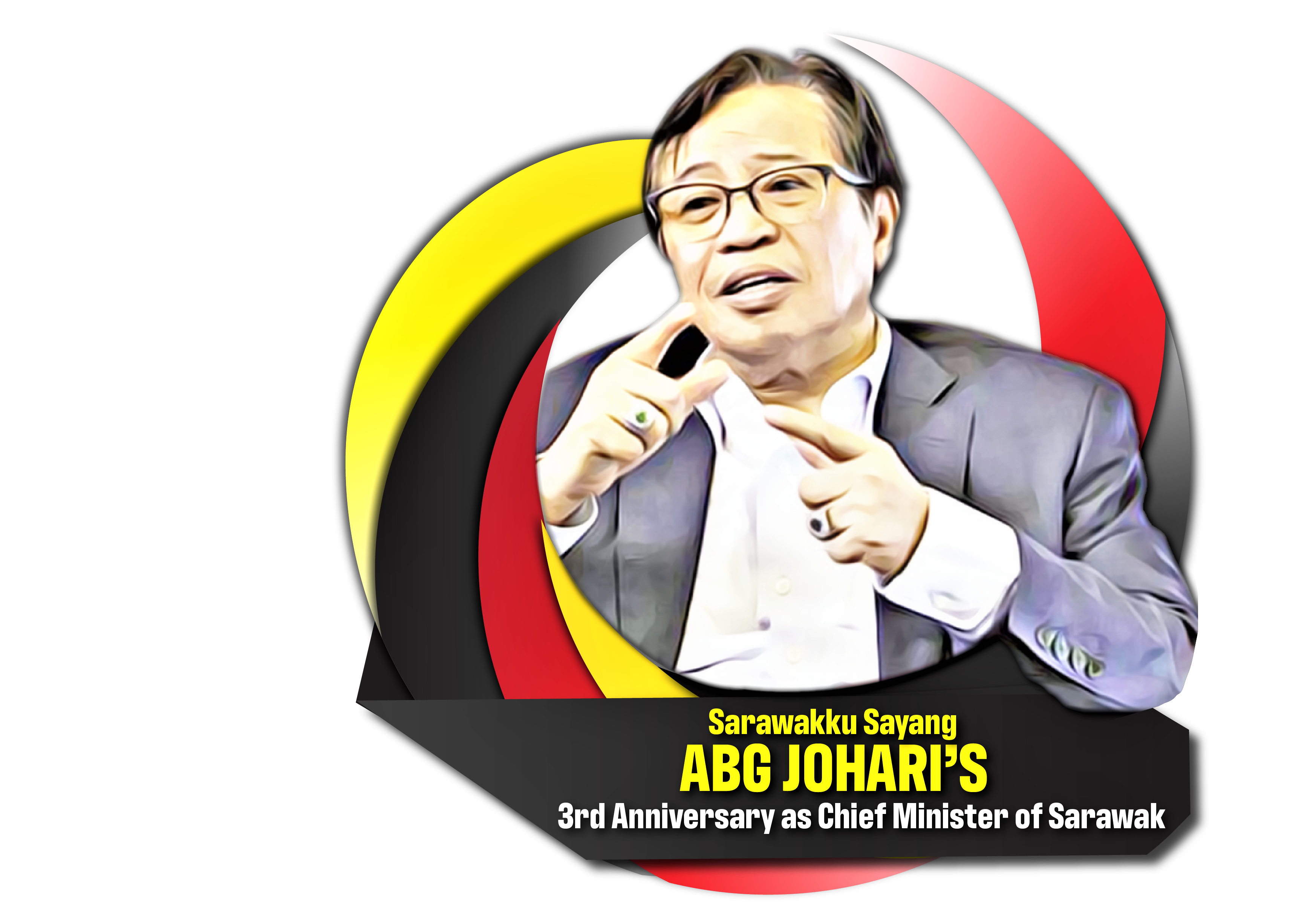 KUCHING: Bidayuh leaders praised Chief Minister Datuk Patinggi Abang Johari Tun Openg as man of the hour, a caring yet understanding leader who brings development closer to the people and a man with a vision and mission for the Land of the Hornbill.

Education, Science and Technological Research Minister Datuk Seri Michael Manyin Jawong stated that the chief minister has done a good job in developing Sarawak despite the unfortunate position that the state government is in — the nation’s opposition government.

“He (Abang Johari) has done a good job but unfortunately he faces a very tough situation especially when we are the opposition at federal level. That is very unfortunate but so far, we have overcome the difficulties.

Transport Assistant Minister Datuk Dr Jerip Susil described Abang Johari as ‘the man of the hour” in taking over the helm and leadership of the state in view of the latter’s vast and long experience in the administration of the state.

He stated that Abang Johari has accrued a lot of experience in terms of dealing with challenges and difficulties and so his tenure is something that he already has planned on what would be the new leap forward for Sarawak.

“For him, Sarawak should embark on a paradigm shift towards wealth creation, and that’s what he is planning and looking to implement.

“And I believe Sarawak needs such visionary leader for the next phase of Sarawak’s development to weather the storm and able to look into and tap the vast resources for the future development of the state,” he said.

Tasik Biru assemblyman Datuk Henry Harry Jinep on the other hand, said Abang Johari brings development closer to the rural people. He has met the expectations of the populace especially in terms of infrastructure, basic facilities and amenities.

“Urban renewal and development are normal things in any country but when you touch on the basic needs of the rural people especially those who are in the very far interior areas, you are coming closer to the rakyat (people) and this is what the rakyat want,” he said.

Abang Johari has introduced programmes not only to benefit the people of today but also for the long run — for the future generation in Sarawak.

“We are talking about digital economy, and he initiated the idea to put up a lot of new infrastructure for Sarawak to face the next millennium.

“The vision that he brings for Sarawakians is something that is incomparable because he works very hard and he comes with new ideas time after time in the effort to drive Sarawak as the most developed state in the country.”

Kedup assemblyman Martin Ben gives ‘A+’ for Abang Johari’s performance in serving as chief minister the past three years.

“Hopefully, the development can be improved much faster especially in the small towns because I believe it will hasten the speed of commercialisation of agricultural activities,” he said.

“For me, I would like to thank his effort for continuing what the former chief minister (the late Pehin Sri Adenan Satem) had initiated especially in terms of development projects like Rural Transformation Programme (RTP) and Projek Rakyat which really benefit the people.

However, he noted that the state government has put up a good fight as Abang Johari comes out with a lot of initiatives and efforts to ensure that Sarawak will not stop developing despite the pressure.

“So, I think it is high time for Sarawakians to stand together. The pressure from outside is very great and for us to remain strong, we need to unite…truly unite.

“It is time for the people in Sarawak to unite because if we look at the greater things, it is not about who and which (parties that lead Sarawak), but we (as Sarawakians) look after Sarawak ourselves.”

Abang Johari was sworn in as the sixth Chief Minister of Sarawak on Jan 13, 2017, taking over from the late Pehin Sri Adenan Satem who passed away on January 11 that year.

MEASURES TO CONFINE RABIES TO LOCALITY