The current SOPs among others, require the customers either to scan using the MySejahtera app or write their names in the record books provided and get their temperatures scanned at the eateries before entering the business premises.

A coffee shop owner said it was sufficient for customers to scan with the MySejahtera app or record their names at her premises before dining in.

She added she would not ask the customers whether they had been vaccinated although she was very aware of the threat of Covid-19.

“As long as the customers have scanned with the My Sejahtera app or recorded their names, it is alright for me,” the woman who preferred anonymity said to New Sarawak Tribune on Wednesday (Aug 4).

Another coffee shop owner identified only as Yek, who was in his fifties, concurred with her.

He said he did not bother to ask the customers whether they had been vaccinated but they must ensure that they had scanned with the MySejahtera app or recorded their names.

A restaurant owner also followed what the other eateries here were practising since eateries statewide were allowed to accept customers to dine-in about two weeks ago.

The owner surnamed Ting, who was in his sixties, said what was important was for the customers to comply with the SOPs and cooperate with the eateries and the authorities for the benefit of all.

Seven locations under EMCO until Aug 19 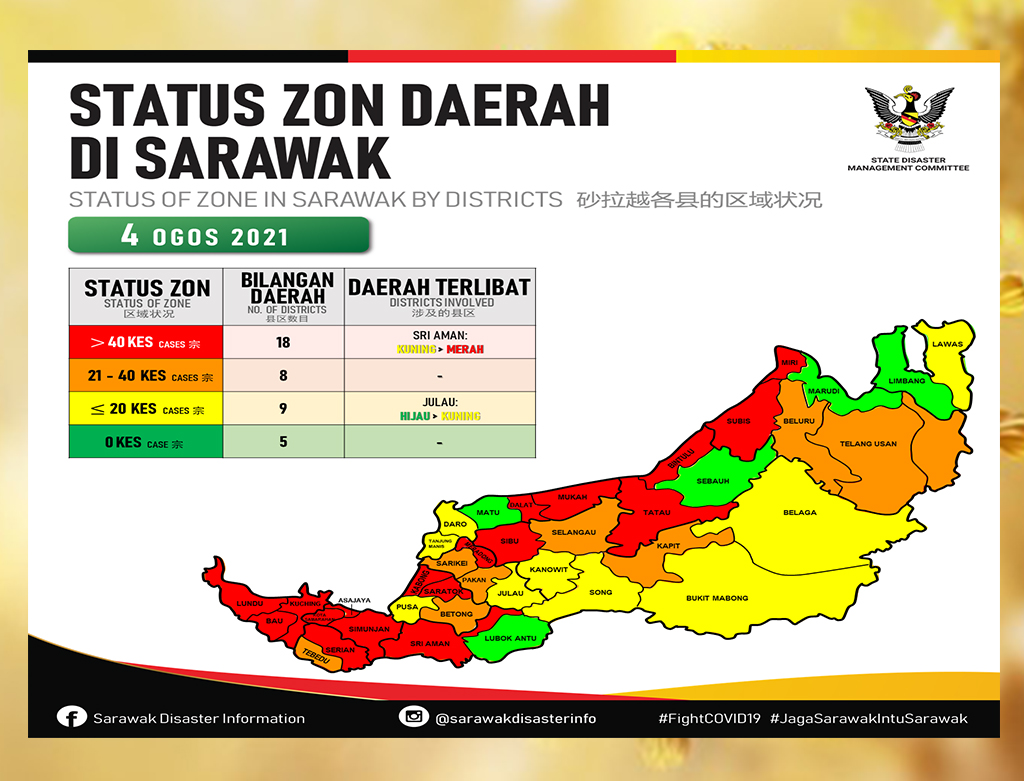 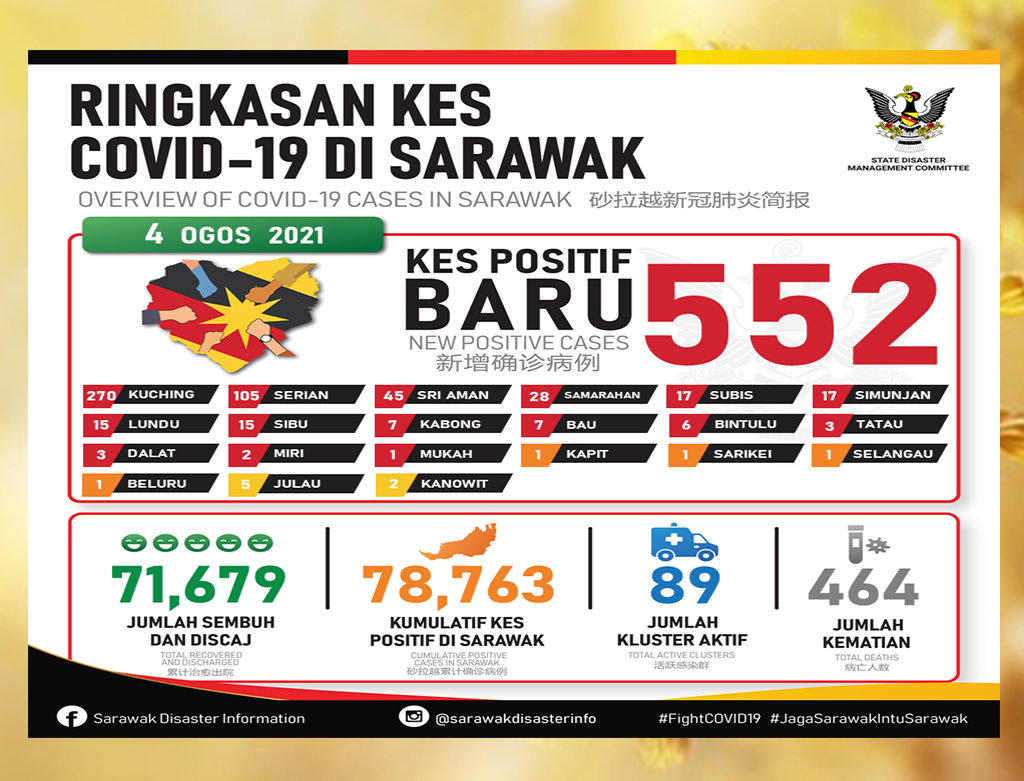 New cases in Sarawak up again