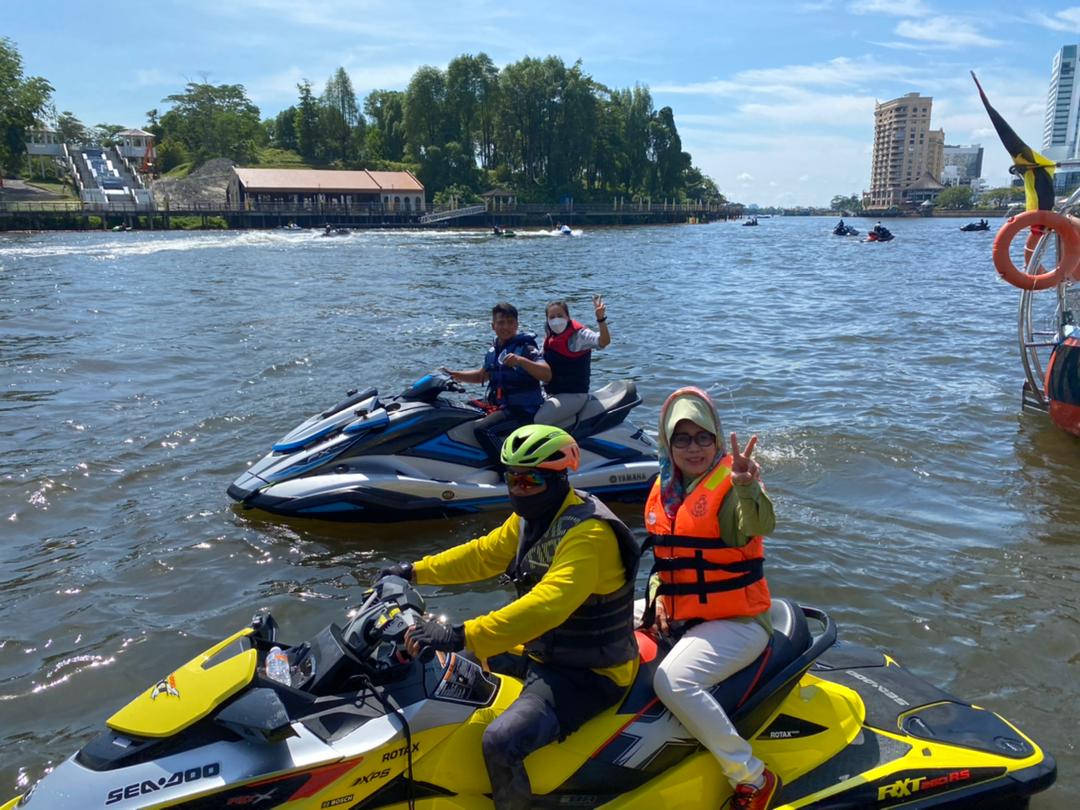 KUCHING: A state leader has suggested that the enforcement authorities use jet skis in search and rescue operations.

“Looking at the context of Sarawak, especially Dalat, there are riverine villagers, and when there is a case of drowning or other incidents, jet skis are the best to arrive at the scene fast.

“And this will also give good confidence to the people when they make a call, that the response time by the enforcement will be quick,” she said.

Fatimah, who is also Dalat assemblywoman and patron of the Dalat Jet Ski Club, said that Sarawak could pioneer this matter by taking into consideration the context of the state which has a lot of rivers.

“In Sarawak, the rivers are like the second ‘highway’. Before there was a road, the river was the first ‘highway’, and now with roads available, rivers are still relevant,” she said.

Meanwhile, Dalat Police Chief DSP Saga Chunggat, who is also the Safety Advisor of the Dalat Jet Ski Club said that if there is an incident of capsize, jet skis can be mobilised for life saving operations.

“Because, if using normal boats, it will take time to reach the scene,” he said.

He added that only the Police Marine Base Kuching has jet skis and none in other districts.

The jet ski programme started on June 1 with a total of 19 jet skis negotiating the rivers from Dalat, Sibu, and all the way to Kuching.

On June 1, the convoy started from Dalat through Batang Oya, Sungai Kut, Batang Igan, Batang Rajang, and out to sea to Telaga Air.

On the last day, which was on June 4, the group went along Sungai Sarawak to Siniawan, Bau.

The purpose of the programme was to gather jet ski enthusiasts and at the same time promote jet ski water sports as well as attractions along Dalat.