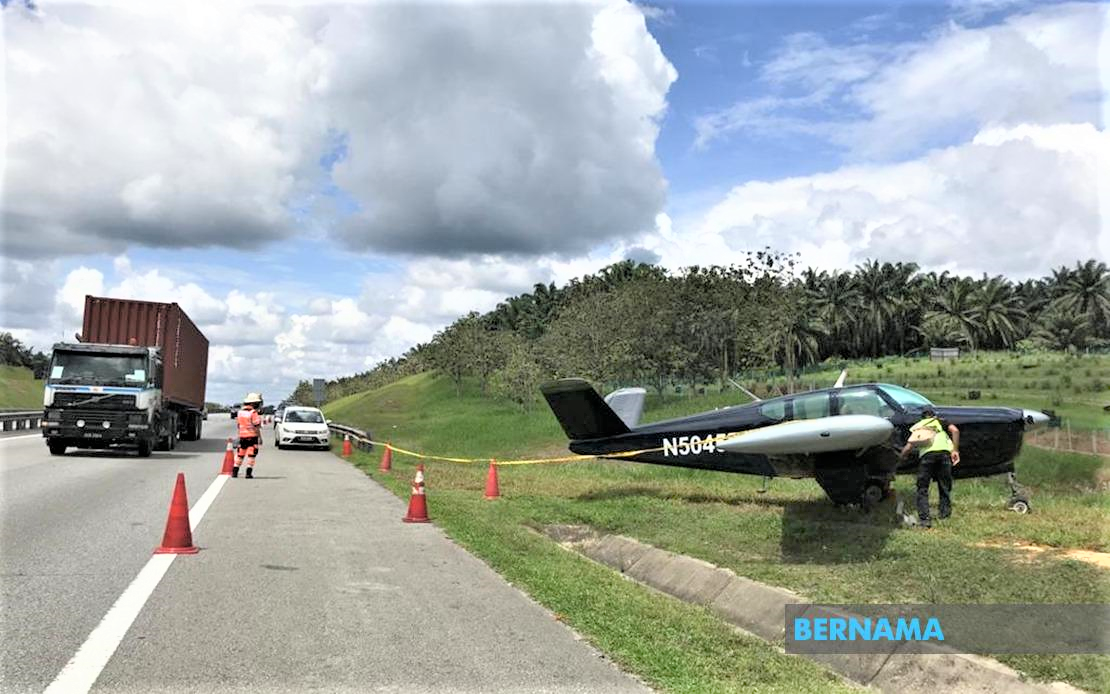 PUTRAJAYA: Two Singaporean pilots were reported to be in ‘stable condition’ after the light aircraft they were flying made an emergency landing on the south-bound side of the North-South (PLUS) Highway near Sedenak in Johor this morning.

“The Johor CAAM air traffic control tower received a call at 10.40 am from the aircraft pilot asking for permission to turn back to the Senai International Airport in Johor Bahru because of technical problems,” he said in a statement.

Voo said the Beechcraft Model 35 Bonanza aircraft had been moved to a location where it would not obstruct traffic on the highway.

He said the search and rescue team had completed its task and an investigation would be conducted by the Air Accident Investigation Bureau of the Transport Ministry. – Bernama

MCMC to respond to complaints within 24 hours