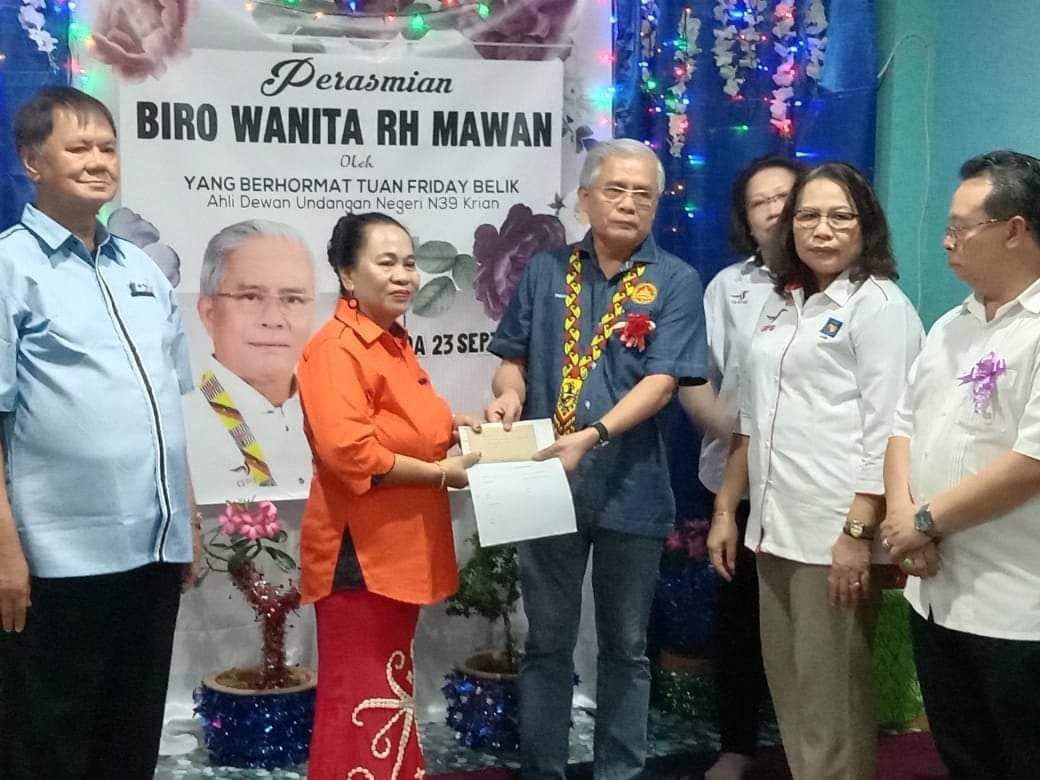 He said the community should not get a wrong perception of the roles of women’s bureau.

“They play an important role, especially in the wellbeing of families because the strength of a family guarantees the strength of the community in the longhouse itself,” he said in his speech during the launching of the women’s bureau for Rh Kawit here, recently.

On other developments, he said that all the people’s problems can be resolved through the various existing government agencies.

Therefore, he said as the elected representative of the people, he will try to help the people in need through these agencies.