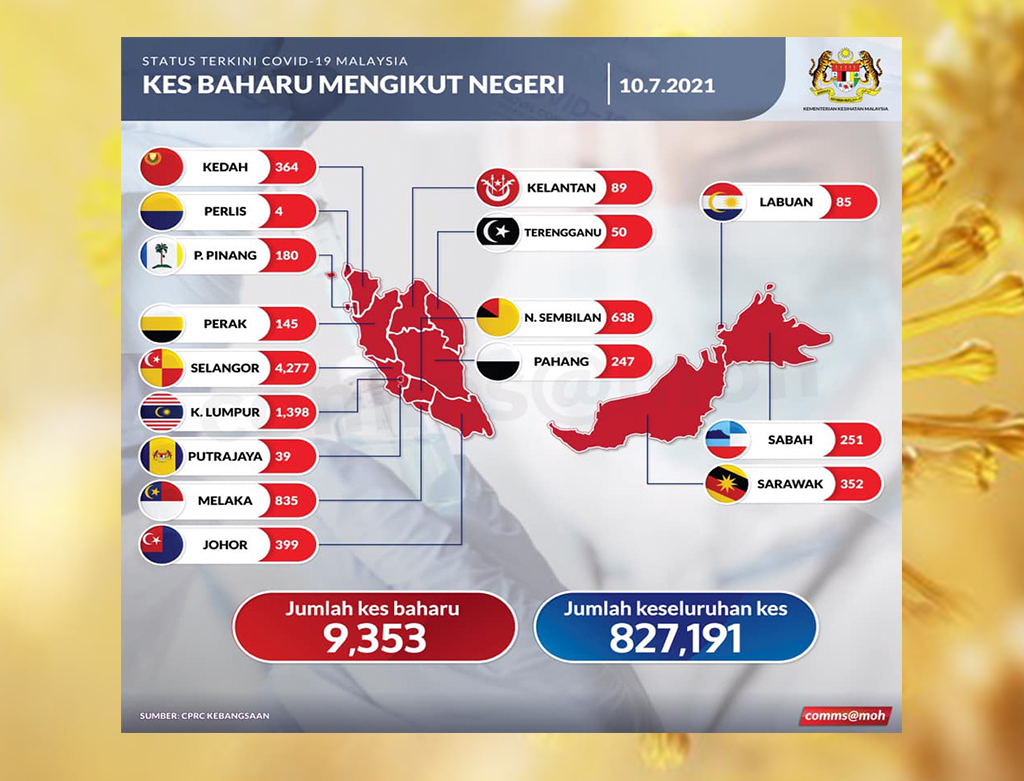 In a statement later, Dr Noor Hisham said 9,353 new infections were reported today, of which 9,342 were local transmissions involving 6,645 Malaysians and 2,697 foreigners, while there were 11 imported cases involving three Malaysians and eight foreigners.

“87 new fatalities were reported and the country’s death toll now stands at 6,067 people or 0.73 per cent of the total number of cases,” he said.

Dr Noor Hisham said 959 people were being treated in the intensive care unit, 451 of them requiring respiratory support.

He also said that the country’s Covid-19 infectivity rate (Rt) now stands at 1.11, with Putrajaya having the highest rate at 1.19.

Aidiladha is on July 20