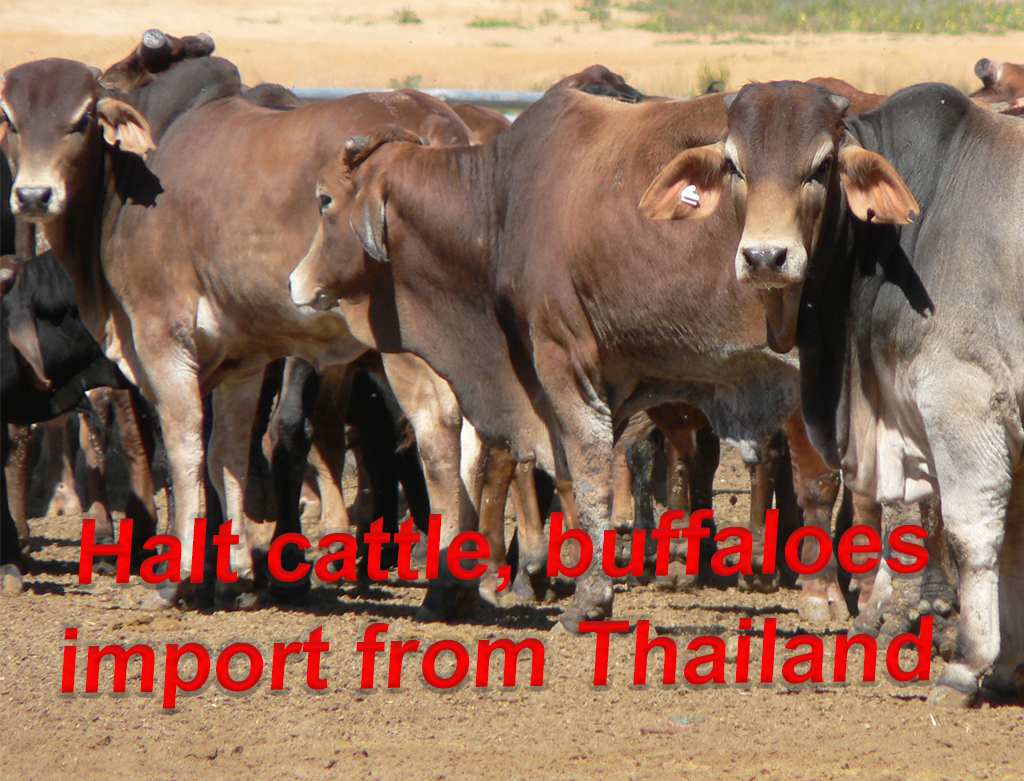 PUTRAJAYA: Malaysia has suspended, with immediate effect, all import of cattle and buffaloes from Thailand, after assessing the risk of Lumpy Skin Disease (LSD) transmission, which was reported to have spread to over 41 provinces in the neighbouring country.

The Veterinary Services Department (JPV) in a statement today said the ruling was made to curb the disease from spreading and affect the ruminants breeding industry nationwide.

“The department urges all industry players such as importers, wholesalers and breeders, to cooperate by cancelling orders (if there are any) with cattle and buffalo suppliers in Thailand,” read the statement.

The department also advised industry players to immediately report to the veterinary authority in the state or nearby district, if there are cattle and buffaloes, showing symptoms of being infected with LSD for control and preventive measures.

“Although LSD is a non-zoonotic disease that does not affect human, it impacts the ruminants breeding industry and caused losses due to weight loss, drop in milk produce, miscarriage and infertility to infected livestock,” according to JPV.

As an effort to prevent smuggling of cattle and buffaloes from Thailand, JPV will get the Border Security Agency’s cooperation to increase monitoring at the Malaysia-Thailand border.

The Royal Malaysian Customs Department and Malaysian Quarantine and Inspection Services Department (Maqis) will also tighten inspections at the country’s entry points to block cattle and buffaloes entering from Thailand, according to the statement.

On June 2, Kedah Maqis reported that they had detected LSD on 42 cattle imported from Thailand at the quarantine station near Bukit Kayu Hitam, Kedah.

The cattle were out of 1,434 cattle imported on April 26 which were being placed under quarantine before being permitted to be brought into the country. – Bernama