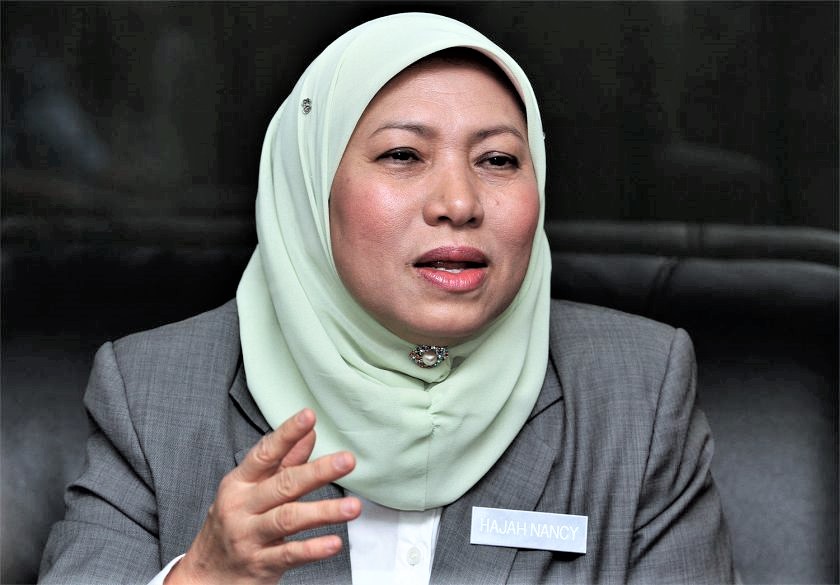 Petronas CEO told not to says things that could hurt Sarawakians

Batang Sadong MP Datuk Seri Nancy Shukri feels that “whatever inconsiderate statements that come out from the CEO are going to hurt the feelings of Sarawakians”.

On Dec 7, Zulkifiee said Petronas could not pay the 20 per cent royalty to oil and gas producing states as the company was only making a profit of 3.7 per cent from oil production locally.

To this, Nancy said she believed Petronas would have known about their financial commitments from the very first day they started.

“There is no doubt about the increase in operating cost,” she said.

It was the federal government that made promises regarding the 20 per cent oil royalty to Sarawak first, she added.

“The Sarawak DAP chairman made promises of seven guarantees within one year to Sarawak. That is the 20 per cent petroleum royalties and 10 per cent of the revenue will be declared petro cash dividends for Sarawakians.

“He even mentioned that the state government doesn’t even have to beg from the federal government if they were to win the election,” she said.

Nancy said all these promises were made prior to the election just to win over Sarawak voters.

“Now they have won the election, it is for the government to work it out and not the CEO to announce it.

“With due respect to the CEO, he may advise the board based on their business vision and mission and even be a party in the negotiation,” she said.

She said Petronas was a Fortune 500 company, and the resources belonged to Sarawak, Sabah, Kelantan and Terengganu.

“It hurts when we heard the profit earned by Petronas rose 22 per cent to RM55.3bln in the financial year ended Dec 31 last year.

“But what portion did Sarawak get? In the previous government, we could comment and criticise the government during our internal meeting with the former prime minister, for the sake of our rakyat Sarawak.

“From information gathered, cumulatively, from 1976 to 2017, total revenue amounting to RM660bln was from Sarawak oil and gas. Sarawak was only given RM33bln,” she pointed out.

“My advice is that Petronas work together with the Sarawak government to find more creative ways for Sarawak to benefit from its own oil.

“How can Petronas treat Sarawak like a second class citizen — bullying the rightful owner of the resources?

“This is what I meant by Malaya belittling Sarawak. They are taking our resources to enrich themselves, preventing us from reaping the fruit of our own soil,” she said.

‘DUN should not be used for political rhetoric’
Previous Post
Prices of fish, vegetables up