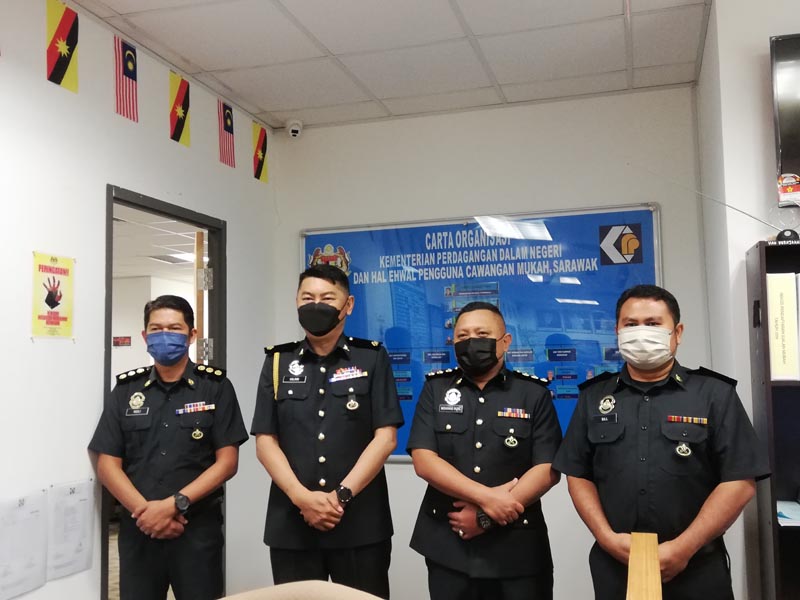 MUKAH: The Ministry of Domestic Trade and Consumer Affairs here seized goods worth RM309,904.25 with compounds amounting to RM34,900 from 57 cases re

MUKAH: The Ministry of Domestic Trade and Consumer Affairs here seized goods worth RM309,904.25 with compounds amounting to RM34,900 from 57 cases recorded throughout last year.

Mukah head Salihin Den said offences under the Control of Supply Act (AKB) 1961 topped the list, with RM293,377.45 worth of goods seized and compounds amounting to 8,800 from 12 cases recorded.

Salihin also expressed the ministry’s gratitude and appreciation to the local media for the cooperation and support rendered.

He revealed that the ministry also took action on 12 cases recorded under the Prevention and Control of Infectious Diseases Act 1988 (Act 342), for violation of standard operating procedures (SOPs) during the movement control order (MCO) and National Recovery Plan.

He added that the ministry was also helping the Ministry of Health in enforcing the SOPs in the distribution and business sectors.