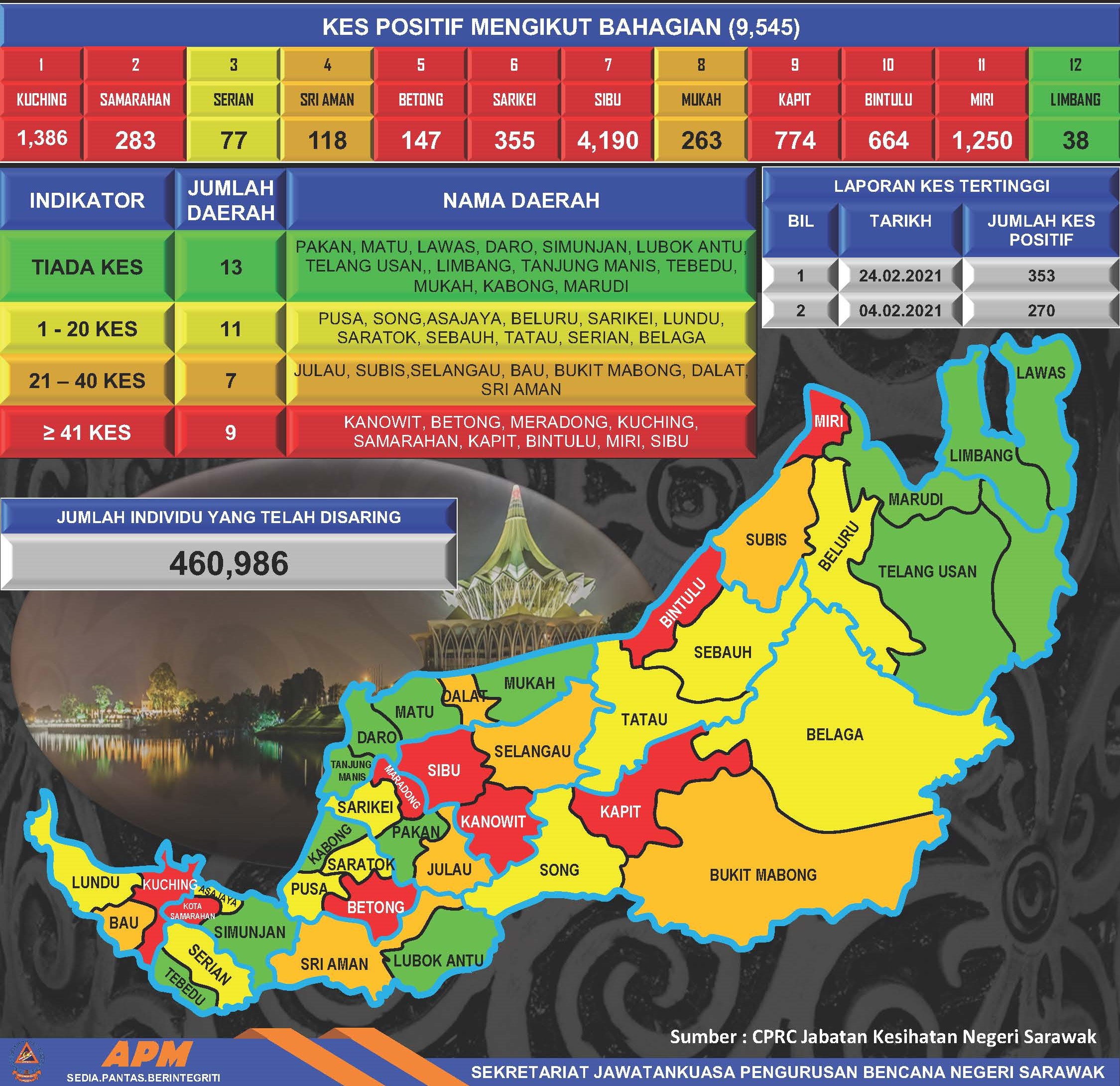 Movement between zones not allowed

KUCHING: Movement between zones in the state will not be allowed during the extended conditional movement control order (CMCO) period from Mar 2 to M

KUCHING: Movement between zones in the state will not be allowed during the extended conditional movement control order (CMCO) period from Mar 2 to Mar 15.

In the updated standard operating procedures (SOPs) dated Feb 26 released by Sarawak Disaster Management Committee (SDMC), it said that police permit is required for services that require movement between zones.

As for residents, movement is allowed in their respective zones except for areas under the enhanced movement control order (EMCO).

On the number of passengers allowed in private vehicles, the SOPs stated that it would be according to the capacity of the vehicle, and individuals   in the high-risk category including children were not encouraged to go out to public places, as well as open and crowded areas.

However, the number of people allowed in vehicles carrying essential goods including economy and industrial chain activities is subjected to the registration licence of the commercial vehicles.

The movement of private vehicles, government departments or private companies to go to and from work or conduct official government matters depends on the seating capacity of the vehicle.

The SOPs also stated that services at all airports and ports were allowed to operate.

Public services such as express buses, ferries, airplanes, taxis and e-hailing are allowed to operate and they are subjected to vehicle capacity and the operating hours that have been set.

Food delivery services are allowed to operate from 6am to 10pm throughout the CMCO period.

The pedestrian walk or cycling track?