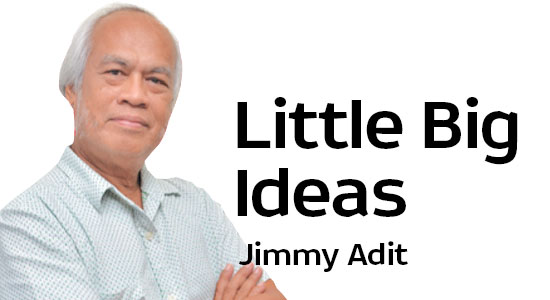 It looks like until MA63 is made part of the Constitution, the debate now raging is not likely to die down.

Sarawak has made its stand clear. It wants the Constitution to be unambiguous on two basic issues, one, a new definition of the word ‘Federation’ and the insertion of ‘pursuant to Malaysia Agreement 1963’.

To Sarawak it is only if these issues are addressed that it is no longer one of 13 states but one of three existing founding members of Malaysia.

Proponents of the failed amendment have been saying it was just the “first step” to returning all those rights, including giving back billions owed to Sarawak and Sabah. And because it was only the “first step” GPS MPs should not have rejected it. By rejecting it the GPS MPs have betrayed and denied Sarawakians of the billions with which Putrajaya was supposedly ready to make Sarawakians rich.

To GPS, if we start wrong, to right the wrong is not going to be easy. And the amendment failed because it was badly wrong. It did not correct the wrong committed in 1963 when Malaysian was formed.

Right now, we know the position the federal government is taking with regard to Sarawak’s demand. It is unwilling to accede and gave no clear reasons why.

What is clear is the de facto Law Minister VK Liew did not know exactly why MA63 cannot be made an essential part of the Constitution. He did not object but was “advised” against the insertion of ‘pursuant to MA63’.

Could one of three signatories of Malaysia (instead one of 13 states) one of those complications?

Or could it be MA63 is indeed an illegal document as propounded by some quarters who maintain that only sovereign nations could enter into international documents such as this, whereas North Borneo and Sarawak were colonies at that time?

Malaysia is entering dangerous grounds, if the Federation hopes to remain intact, Putrajaya must not be afraid to share equally the political and socio-economic wealth of the three nations that make Malaysia – Malaya, Sarawak and Sabah.

The only way this can be done is to give ‘Federation’ its true meaning in the context of Malaysia, and equal partnership to Sarawak and Sabah.

There has to be perfectly legal grounds as to why UK and the United Nations had agreed to get Sarawak and Sabah to be parties to MA63. They surely knew the positions of these two signatories to MA63 as to qualify them to sign the said document.

VK Liew better tell his Malayan bosses GPS doesn’t see those “complications” beyond Putrajaya’s willingness – or unwillingness rather – to give what Sarawak deserves as equal partner.

GPS still believes in the political expediency and practicality of Malaysia; it is up to Putrajaya to assert this.