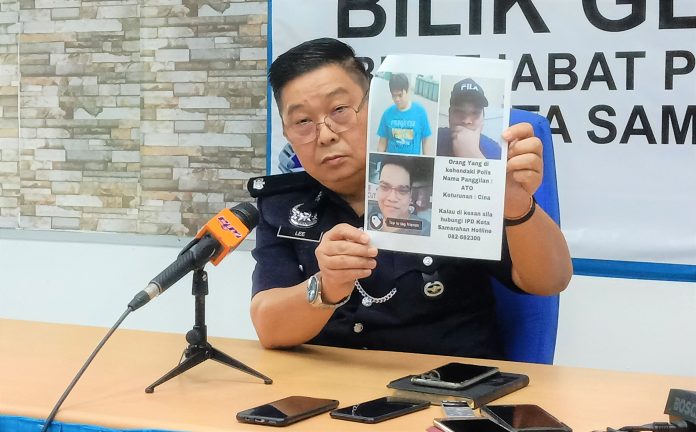 SAMARAHAN: Police are currently searching for a male suspect identified as ‘Ato’ to assist in an ongoing investigation of a murder case at Bandar Riyal.

“On Dec 21, we received a report of a male body found in a rented room of a two-storey building at Bandar Riyal.

“Acting on the report, our team investigated the crime scene and found claw marks on the 20-year-old victim’s neck,” he stated.

Lee added that the room was rented by two Indonesians. One of them had escaped but police caught the other.

However, investigations showed that the crime happened the day before (Dec 20) between 3am and 6am.

“We received the report around 4pm and we believe that the suspect fled the house that morning.

“We do not know whether the suspect has left the state. We checked the in-and-out records at Tebedu checkpoint and did not find any record of him,” he said.

As of press time, the other renter is still on remand as the police suspect that there are some facts yet to be gathered.

Should members of the public have information regarding the suspect, contact the Kota Samarahan IPD Hotline at 082-662300 or the District Crime Investigation Division chief ASP Abdul Rahim Abdullah at 013-8000777.