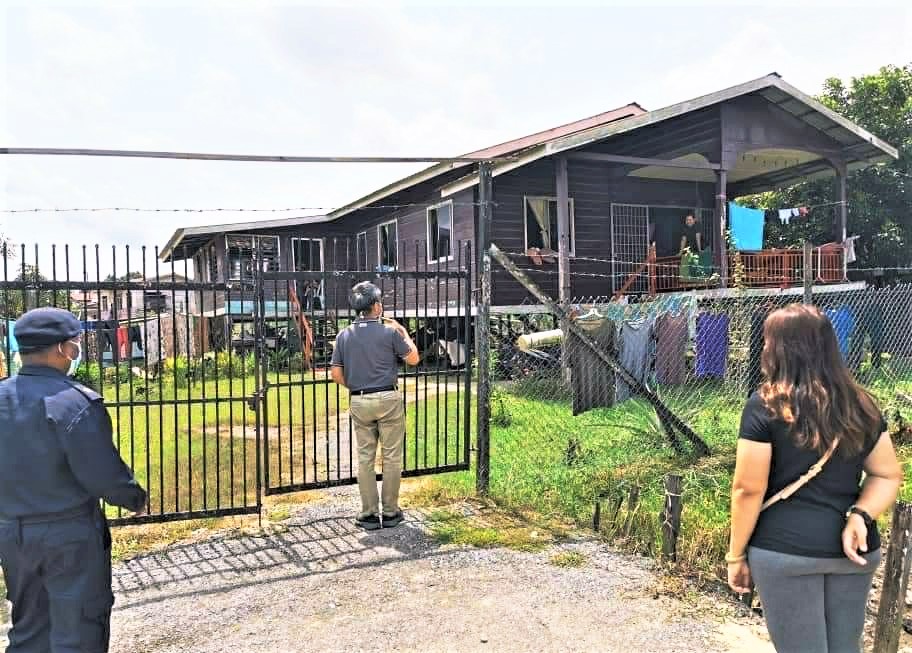 No favouritism in lockdown implementation

SIBU: The Sibu Divisional Disaster Management Committee does not practise favouritism and racism when implementing ‘lockdown’ in areas with high Covid-19 cases.

Its coordinator Dr Annuar Rapaee refuted allegations to the effect saying they were baseless.

Citing Jalan Tong San and Jalan Tiong Hua as examples, he explained, although the number of positive cases was very high in both areas, ‘lockdown’ could not be implemented and instead other approaches were used to control the spread of infection.

He explained that lockdown was difficult to implement in the two areas due to their location which is in the middle of the town where people could still enter and exit the area easily.

Apart from that, Dr Annuar said different approaches were adopted for the two areas where all residents were required to undergo a Covid-19 screening test.

“To encourage and ensure that all residents in the two areas get tested, we provide vouchers for screening tests at private hospitals for them.

“The approach is definitely different from the approach during the lockdown of Sibu Jaya and Kampung Sentosa,” said Dr Annuar, who is also Assistant Minister of Public Health and Housing.

He assured that there was no tendency to involve race in every decision made by Sibu DDMC.

“However, we also closed the operations of Pasar Sentral Sibu because we understand that it will affect more than 1,000 traders and hawkers there.

“The allegations of favouritism and racism thrown at us are baseless,’ he said.

Dr Annuar recalled that during the Pasai cluster incident, three areas considered ground zero had been subjected to lockdown.

According to the Nangka assemblyman, the areas involved were Pasai Siong, the Town Villa housing area from February 26 to March 4, Sibu Jaya flats (March 5 to March 11) and the Kampung Sentosa Resettlement Scheme (February 27 to March 12).

“During the lockdown period in these areas, major operations involving the coordination and deployment of many agencies including the police, the armed forces, Rela, Social Welfare Department (JKM), Ministry of Health (MOH) and local councils were carried out,” he said.

Dr Annuar considered the Sibu Jaya flats to be the most critical because of its high-density residential area with large families living together in crowded houses.

“This is an active environment for the virus to spread quickly. Some residents have had to undergo four screening tests until we can determine that there are no more positive cases in the area,” he said.

Dr Annuar noted that Sibu DDMC had managed to reduce the number of cases through the implementation of the lockdown.