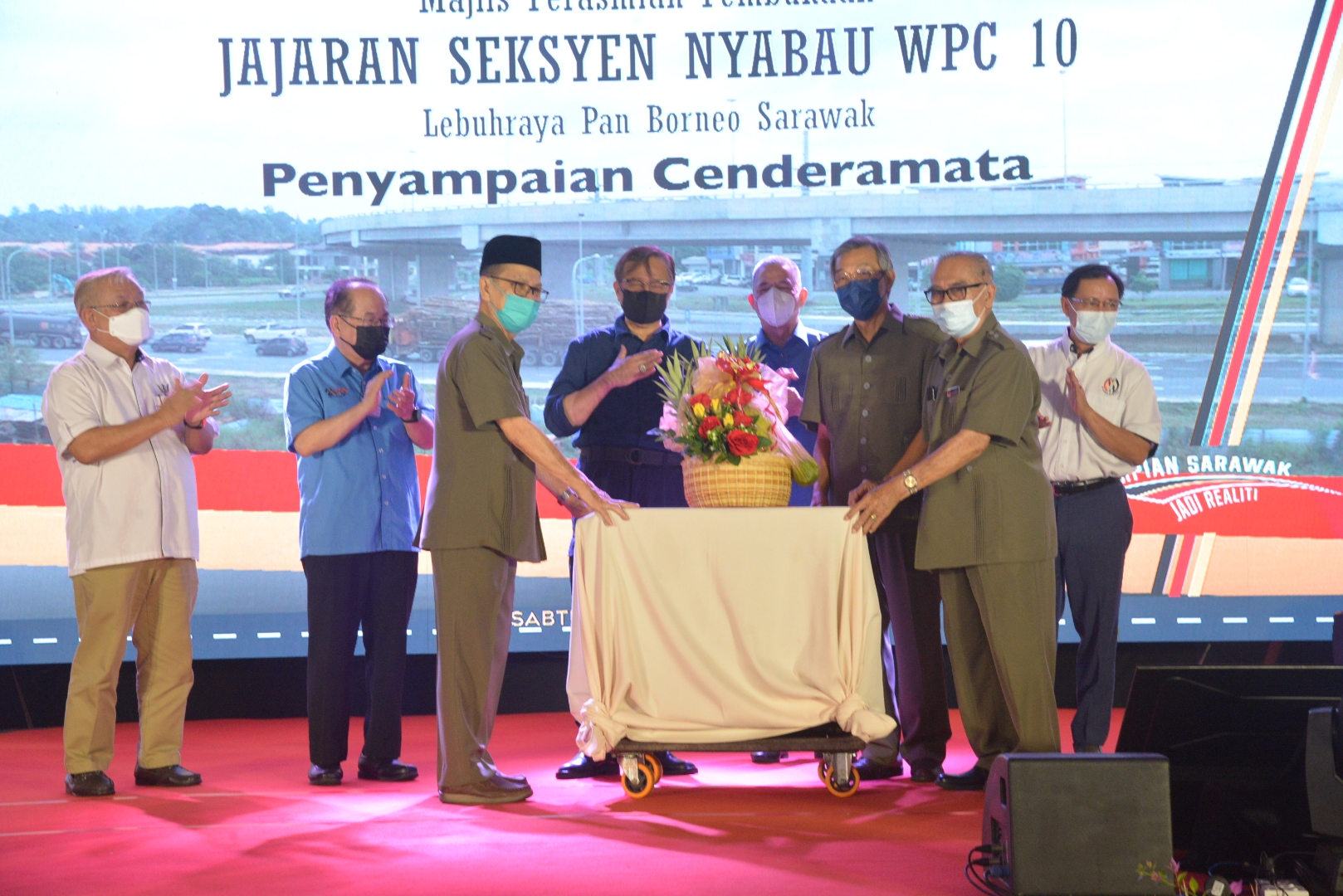 BINTULU: The 1.23km Nyabau Section of the Pan Borneo Highway, which is officially launched today is expected to boost economic growth in Bintulu.

Chief Minister Datuk Patinggi Tan Sri Abang Johari Tun Openg said it is the longest flyover along the highway, which will shorten the travel time and benefit the people.

“This section, along with other infrastructure developments in the area, would drive the development of Bintulu while the people would be able to enjoy the economic impact.”

“The Gabungan Parti Sarawak (GPS) government has never stopped pursuing its development agenda for the sake of the people,” he said.

He said the construction of of highways and roads in Sarawak was a necessity and a vital element to drive Sarawak’s economic and infrastructure development towards 2030.

“We cannot deny that highway development brings a multiplier effect on various real estate development programmes, industries, and urbanisation, which has a significant impact on the local community,” he said.

“I am confident that the completion of the Pan Borneo Highway later will bring a great impact to our state, especially in terms of the people’s socioeconomic development,” he said.

He said a good highway network can attract more foreign companies to invest in Sarawak, which would in return open up more employment opportunities, especially in the Bintulu industrial area.

Aside from providing convenience and connectivity to road users, he said, the Nyabau Flyover also beautified Bintulu.

“I am very confident that with our far-sighted policies, we (GPS) will be able to bring Sarawak’s  economic development to greater heights and raise the income level of the people,” he said.

He also expressed his appreciation to the Works Ministry for successfully implementing the Pan Borneo Highway Project – Phase 1, which he hoped that it would be completed by the end of this year.

According to a statement from the Works Ministry on the project, the Nyabau Flyover would smoothen traffic flow on the route connecting three cities in Sarawak, namely Sibu, Bintulu, and Miri.

It said the construction works on the Nyabau Section commenced on March 1, 2017 and were completed on Jan 26 this year with an overall cost of RM164 million.