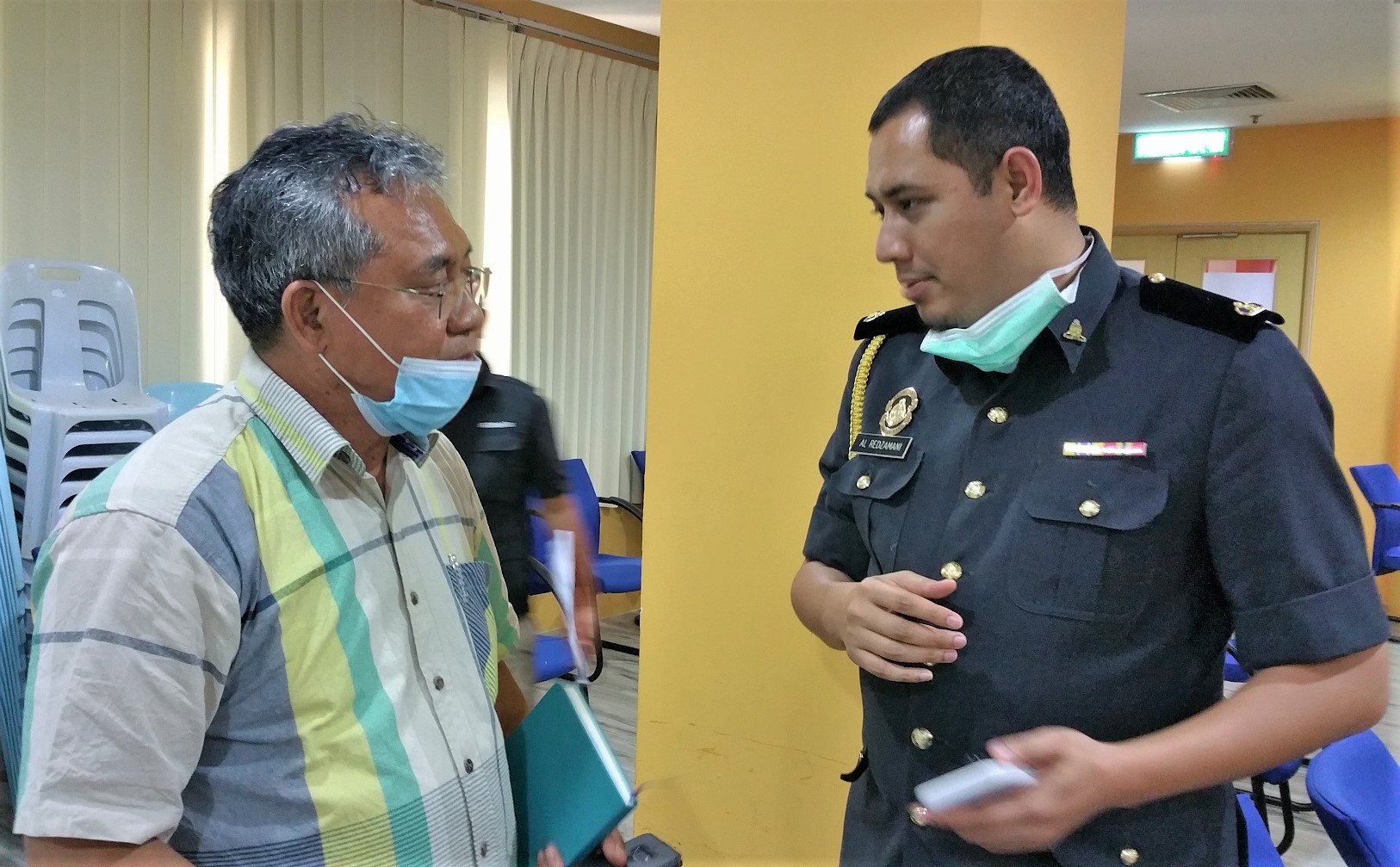 Outsiders must be checked: Rep

KAPIT: Pelagus assemblyman Wilson Nyabong Ijang has expressed his concern about outsiders sneaking into this town. To address the issue he called

Go for urgent screening, funeral attendees told
Covid-19 test kits need to have high accuracy
ACD to be carried out in seven zones

KAPIT: Pelagus assemblyman Wilson Nyabong Ijang has expressed his concern about outsiders sneaking into this town.

To address the issue he called on the police to set up a roadblock at Mujong near Baleh Bridge to prevent people from rural Baleh and Bintulu from entering this place.

“A police roadblock at Jalan Kapit-Song has effectively detected people from Sibu or elsewhere here. Outsiders are not allowed to come in,” he told the media after attending Kapit Division Disaster Management Committee meeting last Monday morning.

“I urged the Marine Police and SRB (Sarawak Rivers Board) to station their teams at Semaram, Ngemah (ferry point). We received feedback that unauthorised longboats and private chartered speedboats reaching Kapit undetected. We don’t want this to happen again.

“From Sibu side, more or less, we have strong enforcement, but there is no roadblock at upper Kapit. I, therefore, urge the police to set up a roadblock at Mujong Road.

He said so far all the people under investigation (PUI) for Covid-19 were all those returning from outside Kapit after many workers in Bintulu and Miri were laid off.

“If these people use the Tatau-Sangan road to Kapit to return to their longhouses they could cause a lot of problem if even one is later tested positive for Covid 19. The whole longhouse would be infected.

“If that happens, we would lose control. Our efforts to prevent the spread of the disease would fail. Those going through the roadblock could be screened and advised to self-quarantine for 14 days. Those with fever or other symptoms would immediately be referred to a hospital,” Nyabong said.

He also suggested that the police should get Rela to help them with the roadblock, and there should be strictly follow their standard operating procedures.”