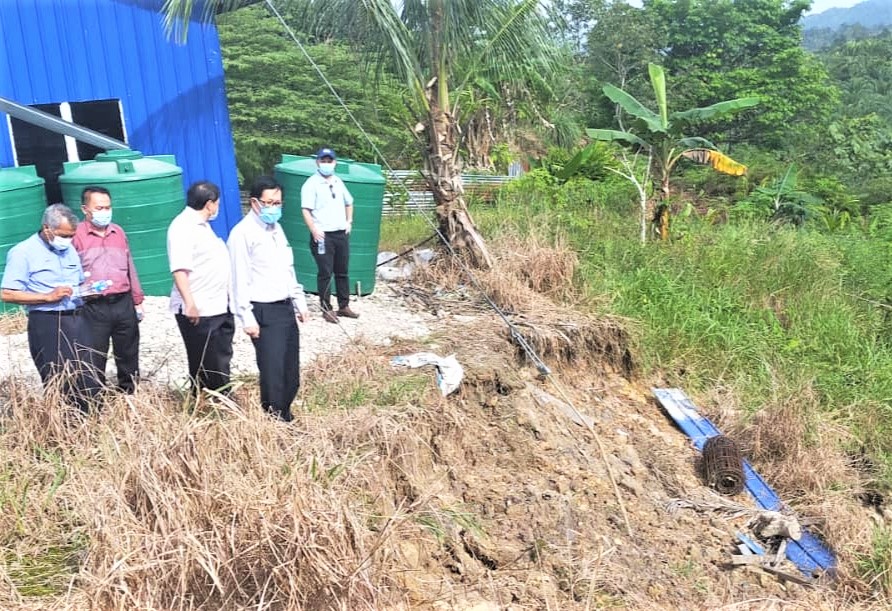 Lee said this on Friday evening after conducted a brief visit to the site.

On Jan 28, a landslide was reported occurred nearby to the Rumah Lambor entrance following heavy rain.

On the way back from Rumah Lambor, near the Miri — Marudi Road, Lee and his team checked nearby areas which were affected by landslides.

The locations posed a lot of high-risk safety hazards and may cause serious damage to road users.

Lee requested Miri acting Resident to send the photos to the JKR Divisional Engineer Chong Chi Fam for immediate remedial measures to be taken and repairs to be done as soon as possible.

Lee emphasised that some road danger signages must be erected along the affected area immediately to remind the road users to take precaution.

Motorcyclist dies in collision with car