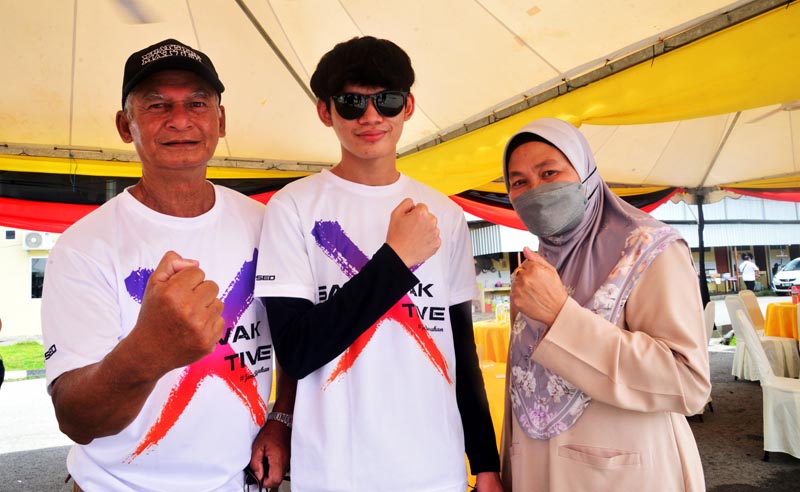 He said that this was proven from the achievement of a Gedong lad who was chosen to represent Malaysia in the Southeast Asian Games (SEAG) in Hanoi, Vietnam in May.

“I want to congratulate Ibnuqaldoon Mohamad Shukor for being chosen to represent Malaysia in the SEAG in the e-sports category.

“For Ibnuqaldoon, to join the SEAG and play professional games require concentration.

“And this also shows that the children of Sarawak can succeed in whichever sports or e-sport,” he said when officiating at the launch of the Sarawak level X-Tive 2022 programme at Dewan Datuk Patinggi Ali here on Saturday (Mar 5).

He added that ,however, such success came with an active and healthy lifestyle which should be practised by society.

Later ,when met by reporters, Abang Johari said the state government would support and also provide incentives to Ibnuqaldoon should his team win in the games.

“Just like (Sarawak diving queen) Datuk Pandelela Rinong Pamg, we will also surely give incentives if Ibnuqaldoon wins,” he said.

“Ibnuqaldoon is the first Sarawakian to represent Malaysia in the games and what makes us proud is that he is from a rural area.

“This shows that the rural areas are not far behind from the urban areas in terms of e-sports,” he pointed out.

Abdul Karim also took the opportunity to wish Ibnuqaldoon all the best and hope he would bring victory for the country, especially Sarawak.

Ibnuqaldoon, from Kampung Lalang, Gedong, when met, said that he was excited and in full spirit to do his very best to win a medal for Sarawak.

“Despite having to stay in the rural areas, I have always had an interest in e-sports since the age of 13, and I’m very happy and proud of this achievement as a Sarawakian.

“I will be participating in Free Fire games and will continue to train hard with my team,” said the youngest child of six siblings.